Celibacy in the Ancient World

Its Ideal and Practice in Pre-Hellenistic Israel, Mesopotamia, and Greece 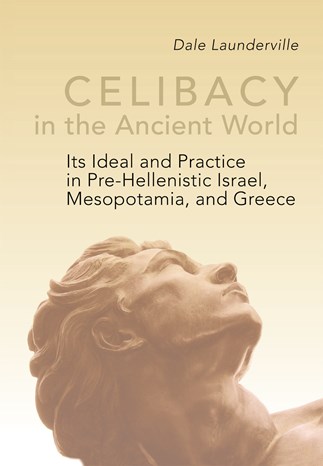 Celibacy is a commitment to remain unmarried and to renounce sexual relations, for a limited period or for a lifetime. Such a commitment places an individual outside human society in its usual form, and thus questions arise: What significance does such an individual, and such a choice, have for the human family and community as a whole? Is celibacy possible? Is there a socially constructive role for celibacy?

These questions guide Dale Launderville, OSB, in his study of celibacy in the ancient cultures of Israel, Mesopotamia, and Greece prior to Hellenism and the rise of Christianity. Launderville focuses especially on literary witnesses, because those enduring texts have helped to shape modern attitudes and can aid us in understanding the factors that may call forth the practice of celibacy in our own time. Readers will discover how celibacy fits within a context of relationships, and what kinds of relationships thus support a healthy and varied society, one aware of and oriented to its cosmic destiny.

Dale Launderville, OSB, is professor of theology at Saint John’s University School of Theology/Seminary, Collegeville, Minnesota. He is the author of Piety and Politics: The Dynamics of Royal Authority in Homeric Greece, Biblical Israel, and Old Babylonian Mesopotamia (Eerdmans, 2003) and Spirit and Reason: The Embodied Character of Ezekiel’s Symbolic Thinking (Baylor University Press, 2007).

Celibacy in the Ancient World is a deep, exceeding well researched and thought-provoking book. Seeing how the celibate way of life was possible in these three ancient cultures helps readers understand those human and natural factors within contemporary communities that call forth the practice of celibacy.
www.SirReadaLot.org

The sheer abundance of scholarship in this book makes it well worth reading. But Father Dale Launderville has not only gathered and digested the traditions surrounding celibacy in Greece, Mesopotamia, and ancient Israel. His insights and interpretations are compelling and often inspiring. Father Launderville writes well and helps the reader with frequent summaries and conclusions. A must-read book!
Irene Nowell, OSB, Author of Women in the Old Testament (Liturgical Press)

One of the real values of this study is Launderville's ability to amass such a wealth of diverse material from three ancient civilizations and articulate it in such a way that is both understandable and meaningful. . . . The book is very well written with many syntheses and summaries to assist the reader in following each chapter's presentation. The reader learns a great deal more than just the way celibacy was understood and practiced in the ancient world. The insights the author presents into the biblical material alone make the book well worth reading. . . . Finally, the author's grasp of both modern and ancient theories and practices of human sexuality gives the book a credibility that is not always present in studies of celibacy and related topics.
The American Benedictine Review

The role of the divine in the celibate ideal and practice in the three ancient cultures studied by Dale Launderville, OSB, is pervasive and indispensable.
Old Testament Abstracts

This volume provides a masterful treatment of celibacy in the ancient world. Dale Launderville discusses the topic in relationship to inner-household relationships, intermarriage, virginity and chastity, relationships with the divine, and transcending death's limitations. Skillfully utilizing vastly diverse material from ancient Israel, Mesopotamia, and Greece, he illuminates how celibacy was understood within each society while also illustrating how the parallels mutually inform our understanding of celibacy in the ancient world.
John L. McLaughlin, Associate Professor of Old Testament/Hebrew Bible, Director of Advanced Degree Programs, Faculty of Theology, University of St. Michael's College, Toronto, Ontario

The book represents a significant contribution to the field of biblical studies as it deals with material from Mesopotamia that may be unfamiliar to many biblical scholars.. This book should certainly appeal to biblicists, but it may also appeal to a larger audience concerned with the meaning of celibacy in contemporary culture.
Catholic Biblical Quarterly