The Synagogues and Churches of Ancient Palestine 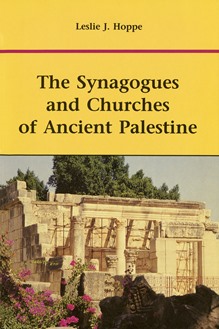 Present-day Jews and Christians look back to the literary traditions originating in the first seven centuries c.e. for information about how their ancestors lived and worshiped. But these ancestors left a wealth of nonliterary sources that reveal much.

Archaeology can provide us with a new way of understanding the most important elements of our religious traditions. Hundreds of ancient synagogues and churches have been excavated in Palestine. Most follow the Greco-Roman basilica as the basic architectural form. This book examines the adaptations made of this basic form because of the different patterns of worship in Judaism and Christianity. Also, the variations in the basilica show the desire of individual communities to differentiate themselves from their neighbors. The difficult question of the origins of the synagogue as an architectural form is also addressed.

Most of the sites discussed have been excavated in the last twenty years and many can be visited. Some of the churches continue to function as places of worship. The number, size, and ornamentation of ancient synagogues and churches in Palestine show the strength and vitality of both Judaism and Christianity in the Roman and Byzantine periods.

This is a very valuable little book and should be required reading for students embarking upon the study of churches and synagogues, be they undergraduate or graduate students. It is also valuable for scholars not conversant with the material culture of either ancient Judaisms or Christianities who hope to update their knowledge in this area.
The Catholic Historical Review