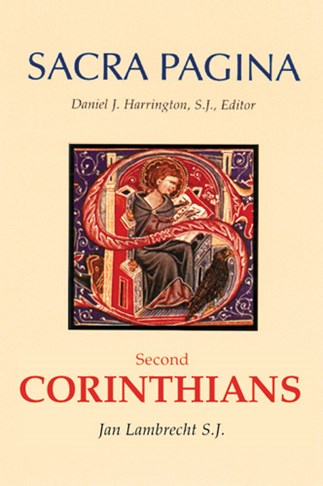 Regarded as the most personal of Paul's "weighty and strong" (10:10) letters, the Second Letter to the Corinthians continues to contribute toward the "building up" (13:10) of its readers.

The Second Letter to the Corinthians is an implicit yet undeniable plea that Paul addresses to the Christians of Corinth and is impressive above all for its exposition of the apostle’s identity. In this letter Paul more than once fiercely counters the attacks of his opponents. He extensively describes both the quality and circumstances of his apostolic existence: the sufferings he endures, the opposition he encounters, and his continual care for the Churches. Second Corinthians is, therefore, highly significant theologically as well as autobiographically.

Not an easy letter to follow, the emotional language used in 2 Corinthians, the question of the integrity of 2 Corinthians as a letter, and inadequate information about the concrete situation at Corinth and the identity of Paul’s opponents make following the flow of Paul’s argument difficult at times. Yet 2 Corinthians is an especially important document because of Paul’s ongoing reflection on his ministry. It is both profound in its content and style for its original audience as well as for today’s readers.

Chapters are "Corinth and Paul’s Visits," "Paul’s Corinthian Correspondence," "Christianity in Corinth," "The Events Between 1 and 2 Corinthians," "Paul’s Opponents," "One Integral Letter?" "A Structured Survey of the Letter," "The Theological Significance of the Letter."

The series . . . is valuable as a corrective to previous modern commentaries that focused exclusively on historical-critical issues.
Catholic Books Review

Lambrecht offers a literal translation of the epistle which seeks to preserve the Pauline reasoning and flow of thought.
The Expository Times

The series is excellent for those readers who do want to study seriously the text and at the same time be introduced to the theological and pastoral riches of the Word.
Vidyajyoti Journal

. . . an asset for those who care about the theological importance of 2 Corinthians and engage it in serious exegesis, whether for scholarly pursuits or sermon preparation.
Interpretation

. . . this commentary is a good basic introduction to 2 Corinthians with a bibliography that is international in its scope.
Society for Old Testament Study