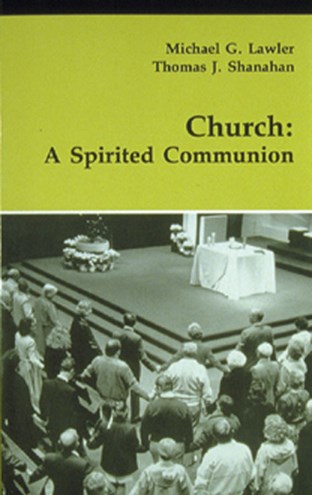 Theologians today take for granted that the principal achievement of the Second Vatican Council was its Dogmatic Constitution on the Church, Lumen Gentium. The central core of this central documentits vision of Church as communionis also being taken for granted. But this vision was hard wonor, rather, recoveredat the Council, and its significance should not be allowed to fade with time or familiarity.

The Church: A Spirited Communion emanates from the ecclesiology of Vatican II as a systematic treatment of this vision of communion: graced, prophetic, sacramental, spiritual, and ministerial. It is about a Church in communion with the laity, the hierarchy, and with all the Churches. Since "Church" is God in communion with the faithful, this book is primarily theo-logical and only secondarily ecclesio-logical. It is primarily about the God who is Triune, who calls the Church into existence, and who seeks in every age a people who adhere to "God rather than men" (Acts 5:29).