The Origins of Christianity 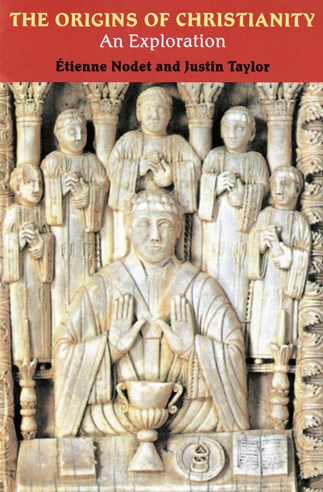 Christianity possesses two basic rites that complement one another, baptism and the Eucharist, the one giving access to the other. In The Origins of Christianity ├ëtienne Nodet and Justin Taylor investigate the character of the early Christian community by looking into the origins of these two rites and the links between them.

A fundamental work on the initiation sacraments, The Origins of Christianity focuses on the Essenes for whom baptism marked the successful conclusion of a process of initiation and whose essential act as a community was an eschatological meal, principally of bread and wine. This marginal, tradition-bound culture came in contact with Gentiles. The result was a profound change that transformed a sect into a Church.

The Origins of Christianity begins by examining two scenes in Acts’Peter's visit to Cornelius and the night at Troas’bringing baptism and the breaking of bread into sharper focus as customs dating back to earliest times. The authors then look at the history and geography of Jewish Galilee and focus on shared traditions with the Essenes. They also show the Last Supper as having elements of both the Passover (Jewish) and Easter (Christian) feasts. They look at those corresponding rituals and their meaning and also at the developments in the ways in which the Covenant is expressed (from circumcision to baptism).

From institutions, The Origins of Christianity moves back to the historical question of the opening of the Essene group to those it had never envisaged as members, looking at the deeds and gestures of the first Christians at Ephesus and Corinth: Was the opening of Christianity to non-Jewish people a result of a crisis within Judaism? Or did it correspond to the changes in the way in which Jesus was represented, as Teacher, as Christ, and as Lord. Does this affect our understanding of the historical Jesus?

The main text is accessible to a wide readership, while specialists or those whose interest has been aroused will find detailed argumentation and discussion in the densely packed notes. All together, a book highly to be recommended to the adventurous.
Benedict T. Viviano, OP