The Aramaic Bible Volume 17B: The Targum of Lamentations

Translated, with an Introduction, by Philip S. Alexander 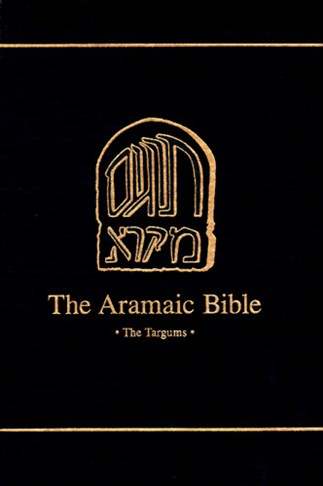 This work provides a definitive translation into English of the Targum of Lamentations, based on a critical reading of all the extant versions, with textual annotations and extensive notes. An appendix offers, in addition, a translation and annotation of the Yemenite version.

The translation, on which the commentary and the introduction depend, and it accurately reflects the Aramaic's meaning with a high degree of precision. Alexander has an ear not only for the Aramaic's meaning but also for conveying that meaning in an English style that is literal while remaining clear and expressive.. Rather than slavishly reiterate previous scholarship, Alexander pushes the envelope, bringing in not only the best of the past but also putting together well-argued and solidly founded new proposals.. Alexander's translation and explanatory volume on Targum Lamentations constitutes an important work-one of the best volumes in the Aramaic Bible series-and belongs in any undergraduate or graduate library where the early history of the Bible is studied.
The Catholic Historical Review

Philip Alexander's new translation of the Targum to the biblical book of Lamentations is an extremely learned and erudite work. Not only does it discuss the complex problems of the full depth of rabbinical interpretation of Lamentations, but it also explores the entire breadth of the hermeneutical environment of Lamentations in the ancient Jewish and Christian context. It is a crowning achievement in the series The Aramaic Bible, and the author and the editors of the series deserve our gratitude for it.
Review of Biblical Literature

This volume is the fruit of more than twenty years of Philip Alexander's research and publication and as such is far more than a simple introduction and translation. In fact, it is a testament, in these days of haste, to the immense benefit of time in scholarship, as this volume provides a wealth of information and insight into the Targum of Lamentations.
The Catholic Biblical Quarterly