Women in the Life of the Bridegroom

Women in the Life of the Bridegroom 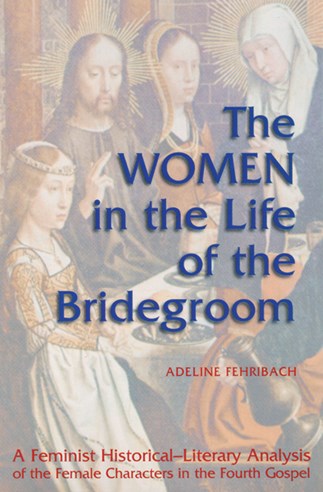 Fehribach identifies five aids for uncovering the literary and social conventions that formed the first-century readers' "horizon of expectation" with regard to the female characters in the Fourth Gospel: The Hebrew Bible; The Hellenistic-Jewish writings; popular Greco-Roman literature; the concept of "honor and shame" as used by cultural anthropologists for the study of gender relations in the Mediterranean area; and the history of women in the Greco-Roman world. Information about women from these areas provides the reader with the "cultural literacy" necessary to understand the text as a first-century reader might have understood it.

Furthering the literary analysis of the Fourth Gospel, The Women in the Life of the Bridegroom contributes to the historical-critical discussion regarding the Johannine community and advances the use of feminist biblical hermeneutics. By illustrating that the author uses female characters to support patriarchal values and marginalizes them after they have fulfilled their literary purpose, this work firmly places the Fourth Gospel within its Greco- Roman and Hellenistic Jewish literary context.

Chapter one locates the book within the context of literary criticism, Johannine studies, and feminist studies. Chapter two explains how the "mother of an important son" character-type from the Hebrew Bible was used in the characterization of the mother of Jesus at Cana to help identify Jesus as the messianic bridegroom. Chapter three demonstrates how the betrothal type-scene from the Hebrew Bible was adapted for the story of the Samaritan woman at the well to indicate that Jesus, as the messianic bridegroom, "wedded" himself to the Samaritan people. Chapter four illustrates how the implied author drew on first-century social customs to indicate that Mary of Bethany functions as the betrothed/bride of the messianic bridegroom on behalf of the Jewish people and Martha of Bethany functions as sister of the betrothed/bride. Chapter five illustrates how the mother of Jesus at the cross, as an exchange object, functions as a sign for the "heavenly" patrilineal descent group, which Jesus establishes through his "blood sacrifice." Chapter six describes how type-scenes from Greco-Roman love-novels were adapted to indicate that Mary Magdalene functions as the bride of the messianic bridegroom on behalf of the entire faith community. A final chapter summarizes the conclusions of the book and raises questions about current reconstructions of the Johannine community and presents alternative ways in which a modern reader might interpret the women in this gospel from a non-androcentric perspective.

Adeline Fehribach, SCN, is assistant professor of religion at Spalding University, Louisville, Kentucky. She has taught biblical studies on both the high school and college levels. She has also served as a campus minister and as a pastoral associate and director of a lay ministers' program in Belize, Central America.

Fehribach's study appeals at a number of levels.
Journal of Biblical Literature