The Community of the Beautiful 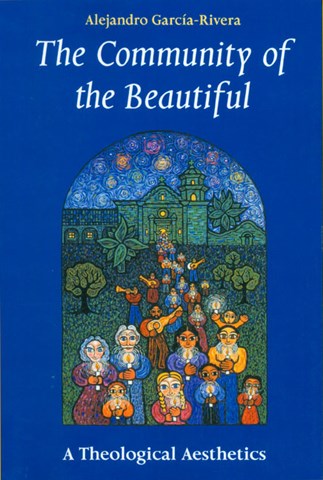 The claim has been made that we are gripped today in an "aesthetic crisis" with considerable theological ramifications. Aesthetics, which has existed since the first human heart was moved by the influence of the beautiful, has played a major role, both implicit and explicit, in theological reflection. In The Community of the Beautiful Alejandro García-Rivera draws from the North American philosophical tradition and Hispanic theological thought to propose a new aesthetic principle: a redemptive building of the community of the beautiful.

The Community of the Beautiful focuses on the premise that religion and beauty go together. Yet today hundreds of theological treatises continue to speak solely of the "truth" of their claims. The Community of the Beautiful addresses this silence with a proposal about the relationship between God and the beautiful. It asks the question: How can the finite human creature name the nameless, perceive the imperceptible, make visible the invisible? The answer is what Hans Urs von Balthasar called a theological aesthetics.

The Community of the Beautiful is not simply an analysis of Balthasar's theology; there exists a more personal and concrete reason for a reconsideration of the connection between God and the beautiful. The experience of a particular living ecclesial tradition, the Latin Church of the Americas, may be a guide to a world that lost its confidence in the religious dimensions of the beautiful. García-Rivera recasts the question of theological aesthetics posed above in light of the religious experience of the Latin Church of the Americas so that the question becomes: What moves the human heart?

To answer that question, García-Rivera draws on a long-ignored philosophical tradition. The philosophical semiotics of Charles Peirce and Josiah Royce enter into dialogue with the theological aesthetics of Hans Urs von Balthasar to describe the traditional transcendentals, the True and the Good, as communities. The final transcendental, the beautiful, enters into conversation with the semiotic aesthetics of Jan Mukarovsky and the religious experience of the Latin American Church to become the dazzling vision of the community of the beautiful, Gods community.

Alejandro R. García-Rivera, a Roman Catholic lay theologian, received his doctorate in theology from the Lutheran School of Theology at Chicago and holds degrees in physics from Ohio State University and Miami University. The author of numerous articles and winner of a Catholic Press Association award, he is assistant professor of systematic theology at the Jesuit School of Theology at Berkeley.

This work fulfills the considerable promise theology from a Hispanic perspective holds for all the Church. No one interested in the renewal of Christian thought should fail to read this important book.
Don. H. Compier, Church Divinity School of the Pacific/Graduate Theological Union

With the publication of The Community of the Beautiful, professor García-Rivera joins the ranks of major theologians in the United States; and in the true spirit of mestizaje, his work not only endows Hispanic-American theology with new depth of insight, but it also enriches theologically the entire Church. It simultaneously advances both Hispanic American and Euro-American theology by setting those two cultural and theological traditions into a remarkably creative and speculative dialogue.
Donald L. Gelpi, SJ, The Jesuit School of Theology at Berkeley

. . . a masterful interpretation of U.S. Hispanic popular Catholicism as an expression of a theological aesthetics. . .
Journal of Hispanic/Latino Theology

This book is a major achievement. It brings together streams of thought usually not considered compatible with one another to create a stunning conversation about theological aesthetics. Written in a clear and accessible prose, it deserves to be read by a wide audience of people interested in aesthetics, American pragmatism, the theology of Hans Urs von Balthasar, and Hispanic/Latino theology. García-Rivera has advanced the discussion on all these fronts.
Robert J. Schreiter, Catholic Theological Union

The Community of the Beautiful is itself an imaginative tour de force, deserving a wide readership.
William R. O'Neill, SJ, Jesuit School of Theology at Berkeley and the Graduate Theological Union

A long overdue breakthrough in theologya beautiful contribution toward a truly Pan-American theology of the next millenium . . . definitely one of the greatest intellectual-artistic masterpieces. . . .
Rev. Virgilio Elizondo, Mexican American Cultural Center