The Gift of the Church

A Textbook on Ecclesiology 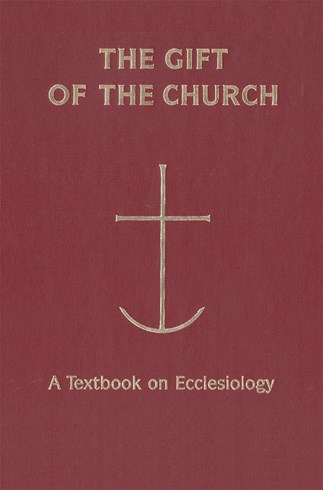 As the Church enters its third millennium, it must take stock of its identity and mission. These essays in The Gift of the Church address the fundamental issues confronting the Church in its immediate future. Their authors represent the most prominent ecclesiologists of our time.

Written in honor of Patrick Granfield, OSB, these essays form a textbook for classes in ecclesiology. They also are a useful tool for those engaged in various ministries in the Church to update themselves on the theology of different aspects of the Church. The first section of essays discusses ecclesiology in its historical development as well as its methodology; the second examines various aspects of the Church; and the third part presents the life and work of Patrick Granfield. The essays are clearly written and based on solid and extensive scholarship.

Ecclesiology has been the central theme of theological reflections since Vatican II and may continue to be in the next millennium. This textbook fulfills in part Pope John Paul II's vision for the Jubilee Year, when Christians, "with a profound sense of commitment . . . will likewise express their gratitude for the gift of the Church."

Peter C. Phan, PhD, STD, DD, is the Warren-Blanding Professor of Religion and Culture in the department of religion and religious education at The Catholic University of America. He is the author and editor of several books and over a hundred essays on various aspects of Christian theology.

A valuable book which is many things. A commemoration of Patrick Granfield's efforts in giving courageous, new directions to the theology of church authority; a celebration of the renewal of the church, local and universal, by American ecclesiologists of the decades during and since Vatican II like Granfield, Richard McBrien, Michael Fahey, and Joseph Komonchak; a presentation of the theology of the church as a much needed general textbook.
Thomas O'Meara, OP, University of Notre Dame

This will be a particularly useful volume in ecumenical discussions. It will be an invaluable resource for preachers and teachers who want to witness to the doctrine of the Church and its discussion today.
National Christian Reporter

. . . worthy of its honoree, Fr. Patrick Granfield of Catholic University of America. . . . This work brings ecclesiology one step further along the trajectory of Vatican II and provides a solid foundation for a better understanding of how the church can eventually be one. Granfield's colleagues contribute scriptural, historical, theological and spiritual background for a synthesis of what ecclesiology should be today.
Emmanuel

A useful, up to date, rather classic handbook of Catholic ecclesiology.
Louvain Studies

. . . a gift to teachers of church history. The essays cannot help but stir up lively discussions. Peter Phan should be complimented for his work as editor and contributor. Adult religious education and college/university courses in theology have truly been blessed by this work!
Kenan B. Osborne, OFM, Franciscan School of Theology