The Gift of Being

A Theology of Creation 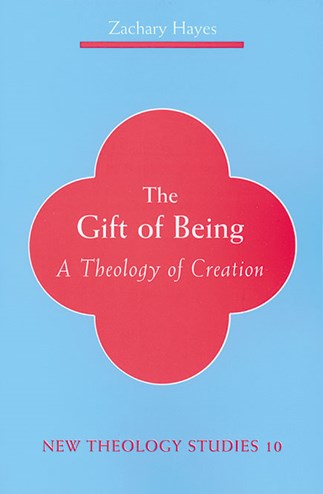 In view of the critical environmental problems confronting the modern world, reflection on the nature and meaning of the world and on humanity's place in it becomes increasingly important. While Christian theology has done this for centuries, the present situation calls for a serious rethinking of many issues in the light of contemporary physics, biology, and cultural history. The Gift of Being presents insights of the sciences in a way that is helpful for Christians today.

Creation theology helps believers come to a stronger sense of their own identity as they come to an awareness of the world. This enables them to gain a deeper insight into how they ought to relate to that world if they wish to find meaning in their lives. This state of being requires a willingness to distinguish between the medium and the message in approaching the Scriptures. It also requires a willingness to take the sciences seriously.

In The Gift of Being, Hayes focuses on traditional questions of creation, but also comments on where science is with creation, anthropology, and destiny. He begins by discussing the relation between faith and reason, and hence between theology and science, from a historical perspective, moving to the most current statements of modern Popes. He follows with a summary statement of the possible retrieval of the biblical religious insights that can be distinguished from the physical worldview that stands behind much of the biblical material. This allows for a discussion of the traditional concept of creation from nothing in the form of a conversation with contemporary physics. He then discusses the Christian idea of God as the primal mystery of creative love from whom all of creation flows. With these foundational ideas in place, Hayes looks at such questions as the origin of humanity and the failure of humanity throughout history. He then focuses on the tradition of cosmic Christology. Finally, the theological issues of the final outcome of God's creation and its history is discussed against the background of the current scientific projections of a future for the cosmos.

Zachary Hayes, OFM, PhD, is professor of systematic theology at Catholic Theological Union. He has taught and written extensively on matters related to the theological understanding of creation and the relation between theology and science. He is on the staff of the Chicago Center for Religion and Science. He is the author of Visions of a Future: A Study of Christian Eschatology from the New Theology Studies series published by The Liturgical Press.

This is a book full of illuminating insights. It will stimulate students and inform those who are seriously interested in the science and religion debate today.
Catholic Library World

As an avenue for further study of creation theology via an extensive bibliography (from 1979 to 2000), The Gift of Being is recommended enthusiastically.
Australian Catholic Record