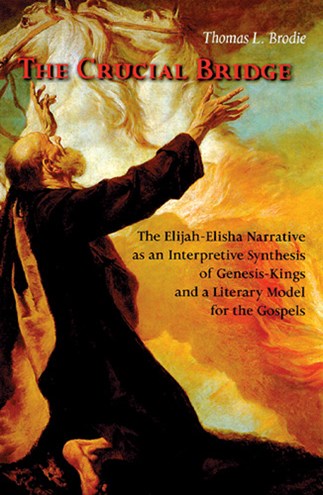 The Elijah-Elisha narrative (1 Kgs 16:29–2 Kgs 13) is the most underestimated text in the Bible. Far from being a disparate collection, it is actually a carefully crafted double drama that both mirrors life and synthesizes systematically the entire Primary History (Genesis-Kings). In a bold hermeneutical move it transforms the language of historiography–of patriarchs and kings–into the language of prophetic biography.

This prophetic biography, rooted in historiography, later becomes the evangelists' primary literary model. The Elijah-Elisha narrative is the crucial bridge between the foundational narratives of Judaism and Christianity.

Since the 1970s there has been increasing evidence that Scripture texts that at first sight appear fragmented are in fact unified. Judges is a striking example of this. Because of the earlier exegetical models used, Judges was often regarded as a collection of rugged traditions that were independent of one another. Now, however, these apparently disconnected stories are intimately interconnected. Brodie explains that, as with earlier research on Judges, the quest for history–for underlying traditions–has tended to obscure the existing narrative account. In particular, the Elijah-Elisha narrative has often been read as consisting largely of two independent units, two cycles of traditions. The Elijah-Elisha narrative is indeed twofold–it clearly highlights two main prophets–but it is also a careful unity, as closely knit as Judges is now seen to be.

Thomas L. Brodie, OP, has taught Hebrew Scriptures and New Testament in various institutions across the U.S. and in South Africa and is now teaching in his native Ireland. He is the author of several books and numerous articles on the Scriptures.

Brodie has thought long and well on these unsettling prophetic narratives. He is alert to critical problems but moves beyond such restraints to see the patterned whole and the artistic power of the narratives. Readers will be stimulated by this theological exercise that reaches to the roots of biblical faith and stretches toward the Jesus narrative. Brodie shows in persuasive ways how odd, powerful, and compelling is this vision of reality that contradicts most dominant assumptions.
Walter Brueggemann