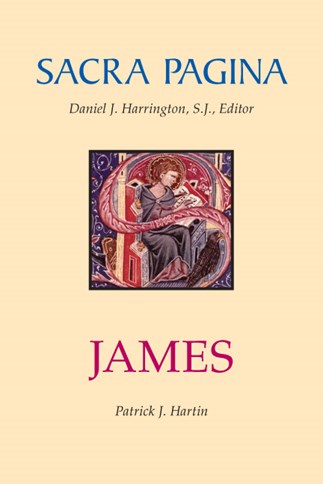 In his commentary on the letter of James, Hartin offers a unique approach toward understanding a much-neglected writing. Refusing to read the letter of James through the lens of Paul, Hartin approaches the letter in its own right. He takes seriously the address to "the twelve tribes in the Dispersion" (1:1) as directed to Jews who had embraced the message of Jesus and were living outside their homeland, Israel. At the same time, Hartin shows how this letter remains true to Jesus' heritage. Using recent studies on rhetorical culture, Hartin illustrates how James takes Jesus’ sayings and performs them again in his own way to speak to the hearers/readers of his own world.

Hartin examines the text, passage by passage, while providing essential notes and an extensive explanation of the theological meaning of each passage. The value of this commentary lies in its breadth of scholarship and its empathic approach to this writing. The reader will discover new and refreshing insights into the world of early Christianity as well as a teaching that is of perennial significance.

Patrick J. Hartin was born and raised in Johannesburg, South Africa. He studied at the Gregorian University in Rome and is an ordained priest of the Diocese of Spokane, Washington. He holds two doctorates in Theology: in Ethics and in the New Testament, both from the University of South Africa. Presently he teaches courses in the New Testament and in Classical Civilizations at Gonzaga University. He is the author of eleven books, including: Apollos (Paul’s Social Network series), James of Jerusalem (Interfaces series), and James, First Peter, Jude, Second Peter (New Collegeville Bible Commentary series), all published by Liturgical Press.