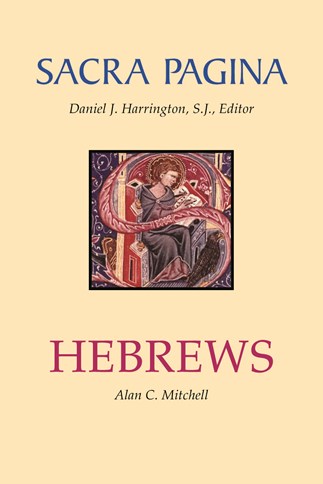 Scarcely any book of the New Testament (with the possible exception of Revelation) is so perplexing as the "Letter to the Hebrews." Not really a letter, but a sermon with some features of a letter added to it, not really by its putative author, Paul, but by an anonymous Christian who wrote some of the most elegant Greek in the Bible, not really addressed to the "Hebrews," but to Christians, probably in Rome—this is the work that Alan Mitchell explains in this commentary.

Many scholars have written fine commentaries on Hebrews, and Mitchell stands on their shoulders, noting where he proposes alternate interpretations. Mitchell pays particular attention to the reliance of the author of Hebrews on the Greek Old Testament (the Septuagint). He also compares the language of Hebrews with similar usage and ideas of first-century Hellenistic Jewish authors, notably Flavius Josephus and Philo of Alexandria. Furthermore, he situates Hebrews against the background of the tradition of Hellenistic Moral Philosophy, where that is appropriate. Mitchell thus locates Hebrews in its proper thought-world, something that is essential for the modern reader in dealing with some of the thornier questions raised by this biblical book. Chief among these are the role of sacrificial atonement, the question of "second repentance," and the spiritual and moral formation of the Roman Christians who were its recipients.

[Mitchell] follows the helpful format of this fine series . . . including a fresh translation with annotation of key points, and then a more synthetic exposition of the meaning of the text.
The Bible Today

The beauty of the Letter to Hebrews is inseparable from its complexity-to save the one while explaining the other is the principal challenge to the interpreter. Alan Mitchell meets that challenge superbly by telling us complicated things simply, without a trace of condescension.
Wayne A. Meeks, Yale University, New Haven, Connecticut

This commentary provides a thorough yet accessible treatment of Hebrews that will serve both specialists and nonspecialists well. The thought world of Hebrews can seem strange to many, but M.'s work opens up the text in an engaging manner that invites continued exploration of a fascinating New Testament work.
Theological Studies

[S]ucceeds in demystifying the strange world encountered in Hebrews without distorting its message. Very few commentaries on this rich composition provide the same breadth of analysis in the same amount of space.
Catholic Biblical Quarterly