Three Who Are One 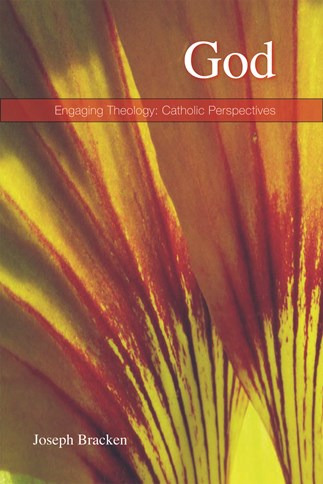 Drawing on the wisdom and teaching experience of highly respected theologians, the Engaging Theology series builds a firm foundation for graduate study and other ministry formation programs. Each of the volumes ’Scripture, Jesus, God, Anthropology, and Church’ is concerned with retrieving, carefully evaluating, and constructively interpreting the Christian tradition. Comprehensive in scope and accessibly written, these volumes, used together or independently, will stimulate rich theological reflection and discussion. More important, the series will create and sustain the passion of the next generation of theologians and church leaders. The word God, said Martin Buber decades ago, is the most heavy-laden of all human words. None has become so soiled, so mutilated. Twenty-first-century discourse and action often perpetuate that lack of reverence. In this volume Joseph Bracken shows us a better way.

• He begins with Christianity’s roots in Judaism and the inherent struggle to explain the reality of three persons in God who is one.
• He allows readers to engage in the lively and fruitful trinitarian debates of the early church and discover how the classical doctrine of the Trinity has shaped the church through the centuries.
• He offers a solid theological treatment of the history of the doctrine of God and its relevance for Christians today—for dialogue between Christian men and women, between Christianity and other religions, and between religion and science.

Systematic theology at its best, God: Three Who Are One helps us find unexpected unity and consensus in a world full of troubling differences. Along the way, Bracken urges us to pray as well as think and to let rational reflection lead to praise and worship, thereby giving the doctrine of the Trinity its due reverence and care.

Joseph Bracken, SJ, is Professor Emeritus of Theology at Xavier University in Cincinnati, Ohio. He has published ten books and more than 90 articles in academic journals in the general area of philosophical theology/philosophy of religion. His most recent books include The One in the Many: A Contemporary Reconstruction of the God-World Relationship (Eerdmans, 2001) and Christianity and Process Thought: Spirituality for a Changing World (Templeton Foundation Press, 2006).

This book is clearly the work of a master. In accessible prose and with probing questions, Bracken introduces his reader to a wide range of issues surrounding the doctrine of God. With resources that span from science to spirituality, interpersonal experience and classic texts of the theological tradition, as well as major contemporary movements in philosophy and theology, this short book seems to cover it all! Bracken offers a comprehensive treatment of a classic theme with innovations relevant to our 21st century context.
Jeannine Hill Fletcher, Associate Professor of Theology, Fordham University

This text, in its accessible format in an excellent series may be a first step in this reevaluation of the human relation to the triune God.
Catholic Books Review

Bracken appears to have done the impossible. First, he has written a remarkably clear and accessible text that will be widely used as an introduction to the history of Trinitarian theology and its contemporary applications. At the same time, he offers a bold new proposal for thinking the triune nature of God in dialogue with science, philosophy, theology, world religions, and contemporary culture. . . . Perhaps the best one-volume presentation of constructive Trinitarian theology in print today.
Philip Clayton, Author of The Problem of God in Modern Thought and Adventures in the Spirit

A masterful retrieval of the traditional teaching on the trinitarian mystery and a compelling introduction to its relevance today.
Barbara A. Finan, Professor of Religion and Humanities, Ohio Dominican University