The Place of Christ in Liturgical Prayer 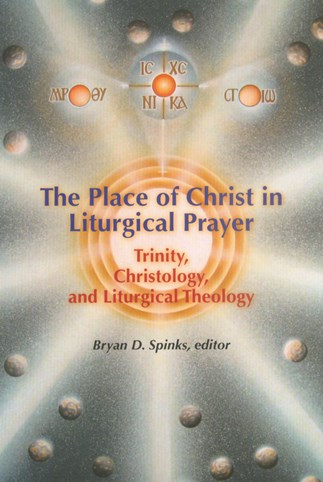 Christology and Trinity in worship was famously explored by Josef A. Jungmann at the beginning of the twentieth century. Many of his assumptions and conclusions now need revisiting in light of our greater knowledge of both the different worship traditions of the churches and the renewed interest in the trinitarian God. Proceeding from Jungmann’s groundbreaking book of the same title, this volume gathers new work from fifteen renowned scholars on christological and trinitarian themes in prayer and worship. Eastern and Western traditions, Catholic and Protestant, ancient and contemporary are all represented in this record of the 2005 meeting of the Yale Institute of Sacred Music.

Following Bryan Spinks’s reevaluation of Jungmann’s thesis, the volume continues with chapters by Hurtado, Bradshaw, Taft, Varghese, and Winkler on classical worship traditions. Jeffery contemplates in depth the use of the Kyrie eleison, and Stevenson discusses the Lord’s Prayer. Johnson examines the role of Theotokos in early piety, while Findikyan and Witvliet explore the trinitarian aspects of specific worship communities. Marini, Westerfield Tucker, and Ruth look closely at christological and trinitarian themes in Protestant music, both mainline and evangelical, giving particular insight into the experience of the trinity for congregations. Finally, Greene-McCreight offers an analysis of feminist alternatives to trinitarian language. Collectively, these practitioners and theologians, from their varied settings, grapple with the competing ideas and expressions of christological and trinitarian doctrine in meaningful liturgy.

This is a work of high scholarship and ecumenical breadth.
Catholic Library World

[A] helpful addition to reading lists for those studying both the history and the practice of worship.
Anaphora

The Place of Christ in Liturgical Prayer will become an indispensable resource for the study of liturgy and historical theology. It gathers the cutting-edge scholarship of liturgists renowned for their intellectual acumen, interdisciplinary reach and methodological precision. For decades, Joseph Jungmann's thought on the place of Christ in liturgical prayers has dominated the field. This book is a kind of `new Jungmann,' demonstrating the ancient roots of prayer to Christ, while also going beyond Jungmann in the issues it treats. In sum, we have here groundbreaking research at its best, in the service of a dynamic and generous orthodoxy.
Peter Galadza, Kule Family Professor of Liturgy, Saint Paul University, Ottawa; Director, Institute of Liturgical Studies, Ukrainian Catholic University, Lviv, Ukraine

It is rare that the publication of conference proceedings results in so rich a volume as this. Without explicitly intending it, but just by being what it is, this volume is an eloquent witness to the exciting historical and theological achievements-achievements that often have more than merely implicit implications for liturgical ministry-that are characteristic of contemporary liturgical scholarship.
Worship

This is a richly diverse collection of essays, on a crucial theme of liturgical prayer and its theology. There is, after all, no Christian worship without `a place' for Christ. It is the great accomplishment of this book not only to highlight the historical variety of Christologies embedded in worship, but also to challenge recent scholarly construals of the place of Christ in prayer, and to engage contemporary developments. A fascinating book.
Teresa Berger, Professor of Liturgical Studies, Yale University, New Haven, Connecticut

[Presents] the reader with some serious reflection on key areas of our theology and prayer.
Emmanuel