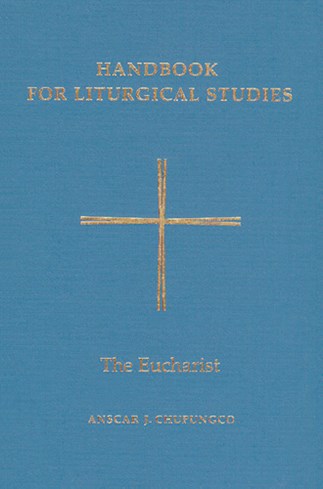 Volume III: The Eucharist contributes to the reflection on the meaning and purpose of the eucharistic celebration. It also offers to teachers and students of liturgy a handbook for studying this subject according to a system based on historical development, theology and doctrine, liturgical texts and traditions in both East and West, and pastoral considerations.

Articles and their contributors are "A Eucharistic Lexicon," by Marcel Metzger; "The Eucharist in the First Four Centuries," by Enrico Mazza; "The Various Orders of Celebration," by Stefano Parenti; "The Oriental Anaphorae," by Enzo Lodi; "The History of the Roman Eucharistic Liturgy in Rome," by Marcel Metzger; "The Sacramentary of Paul VI," by Michael Witczak; "The Roman Lectionary for Mass," by Adrien Nocent, OSB; "The Homily," by Domenico Sartore, CSJ; "Musical Elements in the Ordo Missae of Paul VI," by Jan Michael Joncas; "The Eucharistic Celebration in the Non-Roman West," by Gabriel Ramis; "Worship of the Eucharist Outside Mass," by Nathan Mitchell; "The Liturgy of the Presanctified Gifts," by Nicola Bux; "The Viaticum," by Philippe Rouillard, OSB; "Questions about Specific Points," by Adrien Nocent, OSB; "Theology of Eucharistic Celebration," by David N. Power, OMI

Anscar J. Chupungco, OSB, is the director of the Paul VI Institute of Liturgy in the Philippines and professor of liturgical inculturation at the Pontifical Liturgical Institute in Rome. He is the author of Liturgies of the Future: The Process and Methods of Inculturation, and Liturgical Inculturation: Sacraments, Religiosity, and Catechesis, published by The Liturgical Press.

This is an indispensable text for all who engage in serious study of the liturgy.
Liturgy