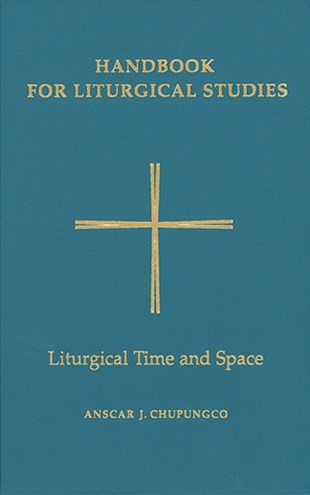 The final volume in the Handbook for Liturgical Studies series, Volume V: Liturgical Time and Space contains the concluding material for an integral study of the liturgy. It opens with a preliminary notion of time and space, before discussing in detail three types of liturgical celebrations on which time and space have a direct and particular bearing. The first of these is the Liturgy of the Hours. This topic is developed in the light of the early Christian tradition until the fourth century and its subsequent forms in both East and West. The second is the Liturgical Year, traditionally called the anni circulas. The development of the Liturgical Year during the first four centuries is reviewed. This is followed by a detailed study of the Byzantine, Roman, and non-Roman Western tradition. It concludes with the theology and spirituality of the Liturgical Year wherein the mystery of Christ as a saving event is made present in time, so that the faithful may lay hold of it through the Word and the sacraments. The theology of liturgical space is drawn from the mutual interaction between the assembled community, which gives meaning to the place of assembly, and the place itself, which upholds and signifies community.

This volume successfully completes the serious attempt of the Pontifical Liturgical Institute to present the basic themes that should form the content of an integral program for liturgical study. . . . The essays in this volume continue the same high quality of scholarship and pastoral insight that have marked the previous volumes in this series.
Theological Studies