Liturgy and the Moral Self

Humanity at Full Stretch Before God 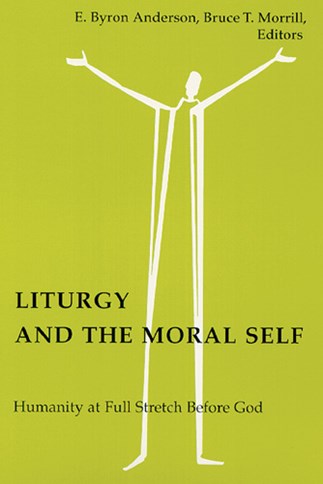 In 1979 liturgical theologian Don Saliers published an essay challenging both the Church's and the theological academy's understanding of the relationship between liturgy and ethics. Liturgy and the Moral Self seeks to honor Saliers by responding to his prophetic and prescriptive invitation to theological work that is "framed in terms of the double–focus of Liturgy—the glorification of God and the sanctification of [humanity]."

Thematically grouped, this symposium engages a variety of theological disciplines in the effort to understand and envision how liturgy, spirituality, and aesthetics entail practices that enable people to develop into active Christians worthy of the Gospel. Saliers' essay and its argument guide the symposium in exploring several of its aspects from a diversity of perspectives (theological disciplines, denominations, genders, generations).

Intended for pastoral ministers, as well as faculty and students of seminary and graduate programs, Liturgy and the Moral Self features Saliers' provocative essay, an introductory chapter, and sections on liturgical theology, the formation of character, and word and music—each with a single-page introduction to the chapters that follow.

Chapters are "Liturgy and Ethics: Some New Beginnings," by Don Saliers; "Christianity and Cultus," by Gordon Lathrop; "Recovering Traditions: Liturgy in Society," by Bruce Morrill, S.J.; "Practical Insights in the Wesleyan Theology of Sanctification," by Henry Knight, III, and Steven Land; "Tradition and Change in Protestant Worship," by James White; "Gestures of the Self," by E. Byron Anderson; "Life as Prayer: Contemplation and Action," by Peter Fink, S.J.; "Truthfulness and Vulnerability: Spirituality as Radically Honest Autobiography," by Roberta Bondi; "The Whole of the Saints' Life as Prayer," by Mary Stamps; "Worship and Character in Late-Modern Society," by Stanley Hauerwas; "Liturgical Music: The Aesthetic and Prophetic Embrace," by Paul Westermeyer; "The Character of Liturgical Language," by Gail Ramshaw; and "To Sing, To Believe, and To Practice," by Brian Wren.

E. Byron Anderson, holds a PhD from Emory University. He is an assistant professor of worship at Christian Theological Seminary, Indianapolis, Indiana, and the author of several publications, including the teacher's guide to Belief and Belonging: Living and Celebrating the Faith, published by The Liturgical Press.

Bruce T. Morrill, SJ, holds the Edward A. Malloy Chair of Catholic Studies in the divinity school at Vanderbilt University where he is also Professor of Theological Studies. In addition to numerous journal articles, book chapters, and reviews, he has published several books, most recently Encountering Christ in the Eucharist: The Paschal Mystery in People, Word, and Sacrament (Paulist Press, 2012). His most recent book with liturgical Press is Divine Worship and Human Healing: Liturgical Theology at the Margins of Life and Death Pueblo/Liturgical Press, 2009).