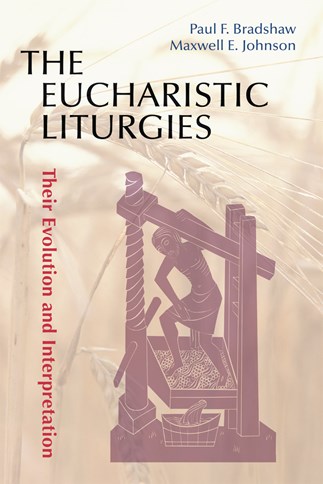 In graduate theology programs across the United States and elsewhere, Maxwell Johnson's The Rites of Christian Initiation: Their Evolution and Interpretation has become a standard text. Now Johnson and Paul Bradshaw together offer a companion volume on the historical development of the liturgy and theology of the Eucharist.

Like the earlier volume, this study proceeds historically, from the origins of the Eucharist up to our own day. Unlike most studies of this kind, it includes an introduction to and developmental summary of the diverse eucharistic liturgies of the Christian East. It also explores the various Western rites (Ambrosian, Gallican, and Mozarabic) in addition to the Roman.

With regard to theological themes, the authors give special attention to the topics of real presence (including the "consecration" of the bread and wine) and eucharistic sacrifice, the most central and most ecumenically challenging issues since the sixteenth-century Reformations.

Making the book especially teacher- and student-friendly are the summary points at the end of each chapter. Each chapter also contains an abundance of liturgical texts for ease of reference.

"If pastoral musicians have the money and time to read only one book on the Eucharist in their continuing education this year, this should be the book."
Pastoral Music


The Eucharistic Liturgies is an invaluable sourcebook for liturgical studies and is fully able to serve as a standard text in the field.
Anne M. Carpenter, Marquette University


In this long-awaited companion to The Rites of Christian Initiation (2007), Bradshaw and Johnson draw upon their own extensive research, as well as up-to-date scholarship in several academic fields, in order to unravel and analyze the development of the Eucharist from the early church's meals and emerging rites through to (selected) rites in the twentieth century. Rites, practices, and theologies from the West and East are carefully examined from within their respective social, cultural, and religious contexts. Along with the extensive commentary, the use of liturgical texts, comparative charts, and summaries within each chapter makes this volume an especially valuable resource for student and specialist alike.
Karen B. Westerfield Tucker, Professor of Worship, Boston University


Can one book give a complete overview of the history and theology of the eucharistic prayer from its origins to its recent manifestations, from East to West, from Catholic to Protestant, Anglican to Orthodox, with generous quotations and insightful analogy, charts and footnotes, and an ability to make you feel at the end that you have really understood more about how Christians offer their most important prayer? Well, yes. It's this one.
Paul Turner
Author of Glory in the Cross: Holy Week in the Third Edition of The Roman Missal


Anyone who wants a comprehensive and up-to-date history of the Eucharistic liturgy and Eucharistic theology in one volume will find it brilliantly provided in this book. An Anglican and a Lutheran teaching at a Catholic university have combined their considerable learning and skills to give us a text that will remain a standard for scholar and student alike for years to come.
John F. Baldovin, SJ, Professor of Historical and Liturgical Theology, Boston College