The Origins of Feasts, Fasts, and Seasons in Early Christianity 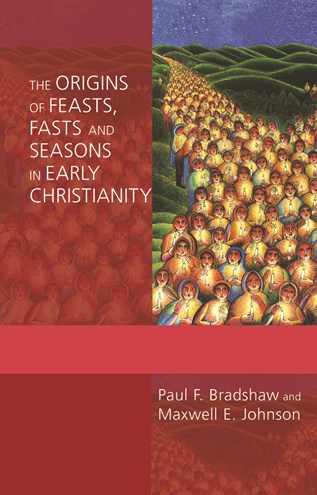 The liturgical year is a relatively modern invention. The term itself only came into use in the late sixteenth century. In antiquity, Christians did not view the various festivals and fasts that they experienced as a unified whole. Instead, the different seasons formed a number of completely unrelated cycles and tended to overlap and conflict with one another. In early Christianity, the fundamental cycle was that of the seven-day week. Taken over from Judaism by the first Christians, this was centered on Sunday rather than the sabbath. As the early Church established its identity, the days of the week set aside for fasting came to be different from those customary among the Jews. There also existed an annual cycle related to Easter.

Drawing upon the latest research, the authors track the development of the Church’s feasts, fasts, and seasons, including the sabbath and Sunday, Holy Week and Easter, Christmas and Epiphany, and the feasts of the Virgin Mary, the martyrs, and other saints.

"Soon to be a classic for those who study and take seriously the development of the feasts, fasts and seasons which we use today. The development of the feasts and seasons is not simple but many faceted. This book is an academic book and is one which should be read by all pastors and serious students of liturgy."
John Hugus, APC, Sharing the Practice

The chapters are short, written in a clear style and easy to read. It could be easily used in small groups or as a text for adult religious education on the development of the liturgical year.
Father Mark G. Boyer, The Priest

This book is filled with excellent leads on the finest contemporary liturgical scholarship. It will serve as an invaluable companion to anyone studying the origins of the church's liturgical feasts and seasons.
John F. Baldovin, SJ, Doxology: A Journal of Worship

This book is indeed something to be celebrated. Not only do we have a shining example of liturgical research from two scholars at the height of their interpretive power, but we also have here a window onto the way scholarship at this level works; innovative yet respectful of the tradition; attentive to both detail and to the larger picture.
Susan White, Norwich, Vermont

This is a really good book: well written and documents, compact and yet scholarly, and of considerable interest. Readers of Bradshaw and Max well can be in little doubt that if we are interested in how things come to be, there is no substitute for a detective-story approach to the quest for the origins.
Church Times

Their historical study of Sunday worship, Holy Week, Easter, Christmas, Epiphany, and feasts of saints and martyrs is interesting and based on sound research.
CHOICE