Their History and Theology 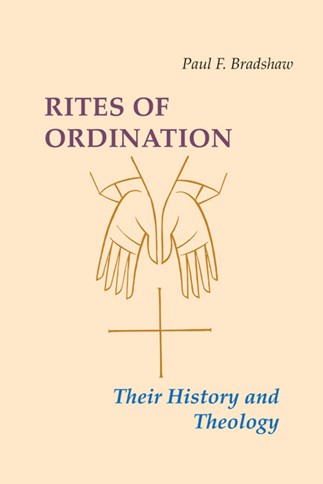 Paul Bradshaw, one of the world's foremost scholars on the history of Christian liturgy, has shared this expertise in several works that have become standard texts for students of liturgy. In Rites of Ordination, Bradshaw turns his attention to the ways that Christians through the ages have understood what it means to ordain someone as a minister and how that has been expressed in liturgical practice.

Bradshaw considers the typological background to ordained ministry some have drawn from the Old Testament and what ministry meant to the earliest Christian communities. He explores the ordination rites and theology of the early church, the Christian East, the medieval West, the churches of the Reformation, and the post-Tridentine Roman Catholic Church. Rites of Ordination promises to serve as an enriching resource for seminary students, students of liturgy and church history, and anyone fascinated by the history and theology of Christian liturgy and ministry.

Paul F. Bradshaw is emeritus professor of liturgy at the University of Notre Dame, an honorary canon of the Diocese of Northern Indiana (Episcopal Church), and a priest-vicar of Westminster Abbey. He has written, cowritten, or edited more than twenty books on the subject of Christian worship, including Reconstructing Early Christian Worship; The Origins of Feasts, Fasts, and Seasons in Early Christianity; and The Eucharistic Liturgies (all from Liturgical Press). A former president of both the North American Academy of Liturgy and the international Societas Liturgica, he was also editor-in-chief of the journal Studia Liturgica from 1987 to 2005.

One of the great gifts which Bradshaw has brought to liturgical scholarship is recent decades is his sharp eye regarding what we know and what we do not know. . . . [This book] is an extraordinarily rich study of a major focus of development in the life of the church as a whole. Rites of Ordination is a valuable addition to the extensive bibliography of ordination studies which have been published in recent decades.
Louis Well, Anglican Theological Review

We have come to expect from Paul Bradshaw the very best in critical historical studies of Christian liturgical practice and the most accurate and balanced accounts of the diversities of current Christian liturgical meaning. Both gifts are brilliantly present in this book. No future consideration of the history or the meaning of the appointment to leadership in Christian communities will be able responsibly to ignore this important book. Even more, the excellent questions that Bradshaw puts to every period of this history-including our own-will be able to form the basis for a lively conversation between the churches, a conversation that may move toward both mutual recognition of ministries and mutual admonition about their potential misuses. This is a fair, honest, important, and genuinely ecumenical book.
Gordon W. Lathrop, Professor of Liturgy Emeritus, Lutheran Theological Seminary at Philadelphia