Gethsemani into the Twenty-First Century 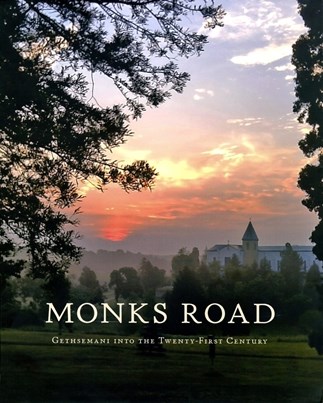 Monks Road introduces the reader to monastic life on several levels at once. The many photographs show the monks' daily life and the abbey's beautiful surroundings throughout the seasons of the year. Since Gethsemani is part of an international network of over 170 monasteries in 45 countries, some of the pictures offer a glimpse of life in other communities of the order. Part 1 of the book, "From Desert to Cloister," shows how over the centuries monastic practices and the values that motivate the monks to live the way they do have evolved. Part 2, "From the Old World to the New," is a brief history of Gethsemani from its foundation in 1848 among the early Catholic settlements in Kentucky through the various stages of adaption and change that make the abbey what it is now. As the title suggests, Gethsemani is both a location and a pathway, a place defined by its interconnections with people of other places and times.

Michael Casey, OCSO, is a monk of Tarrawarra Abbey (Australia). He holds a degree in Scripture from Leuven and a doctorate from Melbourne College of Divinity for a study of desire for God in the writings of Bernard of Clairvaux. In recent decades he has been engaged in exploring different aspects of monastic spirituality, writing, and giving conferences throughout the English-speaking monastic world. His books include The Road to Eternal Life: Reflections on the Prologue of Benedict's Rule (Liturgical Press, 2011) and Seventy-Four Tools for Good Living: Reflections on the Fourth Chapter of Benedict's Rule (Liturgical Press, 2014).

Clyde F. Crews is a priest of the Archdiocese of Louisville, Kentucky, and professor of theology and church history at Bellarmine University in Louisville. He received a PhD in the history of Christian thought at Fordham University and is the author of numerous books and articles.