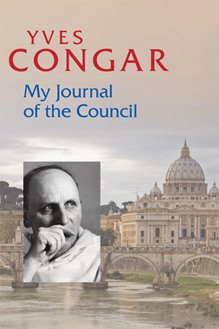 Those who love the Second Vatican Council and do their best to implement it in the life of the church and beyond will draw much inspiration and encouragement from what Congar wrote, day by passing day, before, during, and after the council.
Gerald O'Collins, SJ, Theological Studies


Fr. Yves Congar, OP, was the most important and influential theologian at the Second Vatican Council. The journal that he wrote on the spot nearly every day provides entry not only to his ideas and feelings but to the dynamics at work as the Council accomplished a work of renewal and reform for which he had himself worked and suffered for decades before. This is indispensable reading for anyone who wishes to understand the texts, and the drama, of Vatican II.
Joseph A. Komonchak, Professor Emeritus, Historical and Systematic Theology, The Catholic University of America, Editor of the English version of The History of Vatican II, Giuseppe Alberigo (ed.)


Yves Congar's diaries give us an intimate insight into the most important event in the life of the Catholic Church in twentieth century. Having been marginalized and silenced because of his theological views, Congar was summoned to Rome to be a crucial actor in the Council. He records his views of the participants with wonderful frankness, and gives us access to the dramatic negotiations and maneuvers that took place behind the scenes. It is impossible to put it down. It unveils the genesis of the Council documents that changed the Church.
Timothy Radcliffe, OP, Former Master General of the Dominican Order