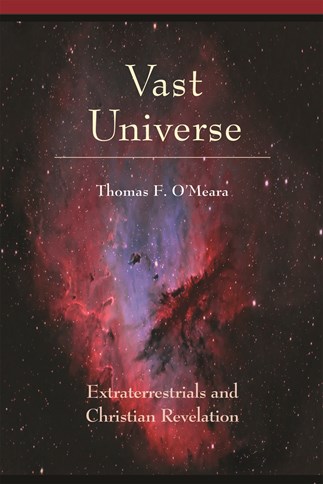 If we have learned anything from recent advances in cosmology and astronomy, it is that we have only barely begun to comprehend the vastness of our universe and all that it contains. For Christians, this raises some fascinating questions:

Respectful of the sciences that disclose the reality of the universe, Thomas O'Meara wonders about good and evil, intelligence and freedom, revelation and life as they might exist in other galaxies. In this book, one possible aspect of the universe we live in meets the perspective of Christian revelation.

Thomas F. O'Meara, O.P., Warren Professor Emeritus of the University of Notre Dame, is the author of Erich Przywara, S.J.: His Theology and His World (2009) and God in the World: A Guide to Karl Rahner's Theology (Liturgical Press, 2007).

Vast Universe is written in the clear, concise, and accessible style that characterizes all of O'Meara's work. Here it is suitable for upper-division undergraduates.
Susie Paulik Babka, University of San Diego, Horizons

Thomas O'Meara is a Catholic theologian of international reputation and exceptional breadth of vision. In Vast Universe, he has produced a study of singular significance on what could at any time emerge as possibly the most important issue that the Catholic Church has ever faced. His volume provides readers with faithful analyses of the views of prominent thinkers from many cultures and many centuries.
Michael J. Crowe, Cavanaugh Professor Emeritus at the University of Notre Dame and author of The Extraterrestrial Life Debate, Antiquity to 1915: A Source Book