Divine Providence for a World in the Making 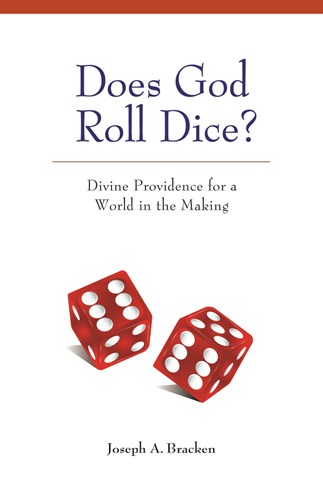 Albert Einstein is often quoted as saying that "God does not play dice," claiming an orderly and predictable structure to the universe. Today, advances and presumptions in the field of quantum mechanics pose a serious challenge to such a position. It's a challenge not only for nuclear physicists, but also for Christian theologians who work to explain God's providence for the world.

In Does God Roll Dice? noted Jesuit scholar Joseph Bracken claims that something like "directed chance" (Teilhard de Chardin) is God's normal mode of operation in a world always perilously poised between order and chaos. Bracken adopts the relatively new concept of self-organizing or self-correcting systems out of the natural and social sciences to deal with controversial issues in the ongoing religion and science debate. At the same time he deliberately keeps the language and context of the book suitable for the intelligent non-professional reader.

Joseph Bracken, SJ, is professor emeritus of theology at Xavier University in Cincinnati, Ohio. He has published ten books and more than ninety articles in academic journals in the general area of philosophical theology/philosophy of religion. His most recent books include Christianity and Process Thought: Spirituality for a Changing World (Templeton Foundation Press, 2006), God: Three Who Are One (Liturgical Press, 2008), and Subjectivity, Objectivity and Intersubjectivity: A New Paradigm for Religion and Science (Templeton Foundation Press, 2009).

This is an erudite book by one of the leading Catholic philosophers of our time. Bracken shows that if God plays dice, God does not play alone.
Ilia Delio, OSF, Woodstock Theological Center, Georgetown University

Weaving together the wisdom of Whitehead, issues in ancient philosophy and contemporary science, and his commitment to Christian theology, Joseph Bracken offers compelling arguments that affirm God works providentially in the world. Bracken finely tunes and ardently articulates his model of a Triune God who empowers creatures in a world of freedom and chance. Of his many books, I find this one most lucid, as Bracken takes his well percolated insights and applies them to concrete issues in theology, philosophy, and science.
Thomas Jay Oord
Professor of Theology and Philosophy
Northwest Nazarene University, Nampa, Idaho
Author of Defining Love: A Philosophical, Scientific and Theological Engagement

This is a bold and innovative attempt to re-frame Catholic theology in process terms. It leads to tolerant, humane and inclusive interpretations of many Christian doctrines, and Bracken mentions many scientific findings that give support to process insights. In my opinion, it is well worth studying as an alternative approach to classical theism and neo-Thomism.
Keith Ward, Modern Believing

Bracken's book will appeal to thoughtful Christians convinced of the need for a radical transformation of theological discourse in a post-mechanistic era. This intellectually challenging work sums up the author's many years of rethinking Christian faith within the framework of Alfred North Whitehead's philosophy.
John F. Haught, PhD