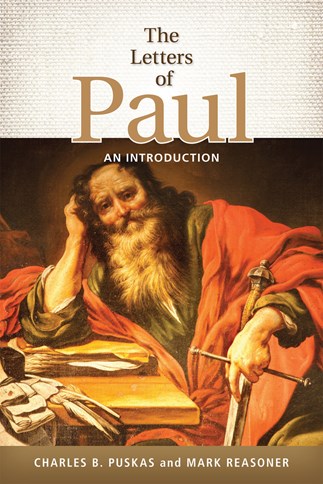 The Letters of Paul

An Introduction
Charles B. Puskas and Mark Reasoner

Since Charles Puskas first published The Letters of Paul, it has proven to be a reliable text and reference tool. It is an exemplary guide to the basic issues surrounding the Pauline letters-who really wrote each letter; when it was written; the letter's social context, audience, and literary characteristics-and also includes discussion of the worlds of Paul, the letter genre, and the rhetorical arrangement of each letter.

Mark Reasoner is associate professor of theology at Marian University in Indianapolis. He is the author of Romans in Full Circle: A History of Interpretation; The Strong and Weak: Romans 14.1-15.13 in Context; and Documents and Images for the Study of Paul (with Neill Elliott).

What a gift to college and seminary teachers introducing students to Pauline literature and the best of modern scholarship about it. The Puskas, Reasoner partnership makes for a fruitful ecumenical cooperation between Lutheran and Catholic scholarship in a style sensitive to theological concerns. The letter-by-letter approach allows students and teachers to immerse themselves in the Pauline texts and to emerge equipped to draw their own conclusions about the Apostle's legacy for church and world today. This will be my textbook the next time I teach the Letters of Paul.
Paul R. Hinlicky Tise Professor of Lutheran Studies, Roanoke College & Docent, Evanjelicka Bohoslovecka Fakulta, Univerzita Komenskeho, Bratislava, Slovakia.


Puskas and Reasoner have written a truly fine companion text to any class or general presentation of the Pauline Corpus. They provide abundant background and reference information, review scholars' various interpretations, make careful and balanced judgments and offer detailed and clear explanations of why they opt for a given understanding. As is appropriate, their readers are allowed to draw their own conclusions.
Robert F. O'Toole, SJ, SSD, Professor Emeritus, Pontifical Biblical Institute, Rome


If you are tired of the "same old, same old," about the Apostle Paul, you should try this introduction by Puskas and Reasoner. It is substantial, balanced, and bibliographically rich.
Dr. Calvin J. Roetzel, The Sundet Chair in New Testament and Christian Studies, University of Minnesota


Crisp, concise, and thorough, this volume stands out as an excellent introduction to Paul and his letters. The authors inform the reader of the historical and cultural background of the apostle and discuss the circumstances and contents of his letters, giving special attention to the rhetorical structure and function of each. Differing views are reviewed, including an evaluation of the "new perspective" on Paul, and issues in Pauline scholarship are clearly spelled out and critiqued. Packed with information, the book is a handy and efficient resource for readers looking for a reliable guide to the study of Paul's letters.
Arland J. Hultgren, Asher O. and Carrie Nasby Professor Emeritus of New Testament, Luther Seminary


The authors' great strength is their ability to pack so many helpful details into so small a space, the lengthy footnotes that provide a gold mine of up-to-date bibliographic information, and their citations of ancient sources (both biblical, early Jewish, and Greco-Roman), which supplies beginning students with a wealth of resources for their study of Paul's letters.
Philip Richardson, Asbury Theological Seminary, Interpretation: A Journal of Bible and Theology


With scholarly expertise, Puskas and Reasoner meet an ambitious goal of answering the basic problems, questions and conflicts created by Paul's letters -when they were written (and by whom), the audience, and the context. Further issues such as the influence of Hellenistism and Gnosticism on Paul as well as the worlds in which he lived are raised in the extensive footnotes. Everything your students need to know about one of the most passionate of Christ followers and the letters he wrote to his Gentile assembles is ably presented!
Tatha Wiley, author of Encountering Paul: Understanding the Man and His Message, and Paul and the Gentile Women: Reframing Galatians