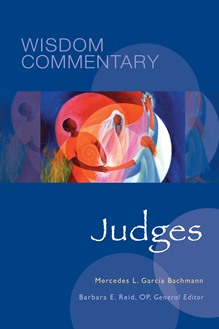 A woman called blessed for killing a Canaanite general; another called "Mother in Israel" for leading troops into war; several other mothers absent when their children need them; a judge, Deborah, with a proper name and a recognized place for public counseling; a single woman, Delilah, who seduces and conquers Samson. The book of Judges features an outstanding number of women, named and unnamed, in family roles and also active in society, mostly objects of violent dealings between men. This volume looks not only at women in their traditional roles (daughter, wife, mother) but also at how society at large deals with women (and with men) in war, in strife, and sometimes in peace.

Mercedes L. García Bachmann has a PhD in Old Testament from the Lutheran School of Theology at Chicago (LSTC). She taught for almost twenty years at the ecumenical school of theology in Buenos Aires (Isedet). She has one published book, Women at Work in the Deuteronomistic History (SBL, 2013), and several articles and book chapters. Currently she directs the Institute for Contextual Pastoral Studies for the United Evangelical Lutheran Church (Argentina-Uruguay) and teaches online for her alma mater and for other schools.

"Bachmann seeks to go beyond well-trod ground by giving particular attention to those aspects of the book that have received less attention in feminist literature and by examining how each particular story contributes to the larger narrative of the book as a whole."
The Bible Today

"The volume represents a worthy addition in the canon of commentaries on Judges."
Interpretation

"Judges is not an easy book to understand or interpret, especially from a feminist perspective, despite having fascinating and literary masterful stories. However, Mercedes L. García Bachmann manages to hook her readers page by page. Her commentary is rigorous and tremendously current. The commentary offers the reader everything he or she needs to have a complete vision of Judges. As in front of an orchestra, García Bachmann directs the numerous voices that appear in the book and provides a harmonious reading of texts characterized by the disharmony of violence itself. This is a commentary that must be read to understand the book of Judges and at the same time, to situate the violence, especially against women, that continues to ravage our world."
Mercedes Navarro Puerto, Scripture scholar and feminist theologian, Madrid