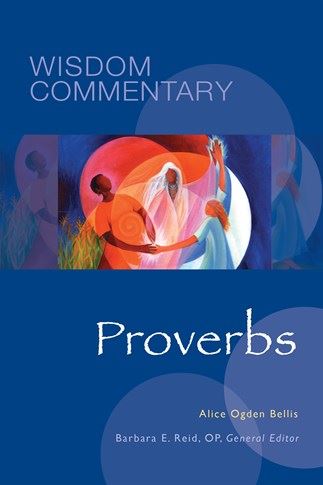 "The Books of Proverbs is unique in that it is addressed primarily to young men, and, according to Bellis, requires a gender-sensitive reading of the text. She beautifully unites many voices and unique perspectives in their commentary on Proverbs and animates this text with a new vitality. Recommended for all theological and university libraries."
Catholic Library World


"Careful Hebrew word study helps readers explore Proverbs more closely. The personification of Wisdom comes alive in these analyses which are a boon for preachers."
WATER


"Bellis's readable, sharp, and cogent commentary will be a helpful resource for making sense of a book whole coherence is not easily apparent. Any reader will no doubt be encouraged by Bellis's vision of the Proverbs."
The Catholic Biblical Quarterly


“Bellis masterfully authors a commentary on the book of Proverbs. This work presents a thorough engagement with the Hebrew text while also consistently considering how the text encounters the world of contemporary readers. Though one might anticipate that a gender sensitive reading of Proverbs would be highly critical of that text—and at times the commentary is—Bellis instead passionately reads the text constructively in order that it might speak to all sorts of persons today and not only those who readily identify with its original, elite male audience.”
Horizons in Biblical Theology


"The work stands out from other consciously feminist works by commenting on the whole text, rather than just those that explicitly mention women. It aims to be faithful to the ancient texts and to explore how they are heard by contemporary men and women."
The Preacher


"This well-researched and insightful commentary delves beneath what can often appear to be commonplace or obvious proverbial sayings to discern their deeper theological, social, and anthropological importance, making it a good addition to this growing series."
The Bible Today