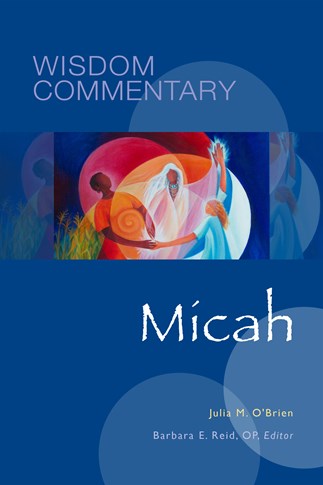 This volume brings gender studies to bear on Micah's powerful rhetoric, interpreting the book within its ancient and modern contexts. Julia M. O'Brien traces resonances of Micah's language within the Persian Period community in which the book was composed, evaluating recent study of the period and the dynamics of power reflected in ancient sources. Also sampling the book's reception by diverse readers in various time periods, she considers the real-life implications of Micah's gender constructs.

By bringing the ancient and modern contexts of Micah into view, the volume encourages readers to reflect on the significance of Micah's construction of the world. Micah's perspective on sin, salvation, the human condition, and the nature of YHWH affects the way people live—in part by shaping their own thought and in part by shaping the power structures in which they live. O'Brien's engagement with Micah invites readers to discern in community their own hopes and dreams: What is justice? What should the future look like? What should we hope for?

Julia M. O'Brien is Paul H. and Grace L. Stern Professor of Hebrew Bible/Old Testament at Lancaster Theological Seminary in Lancaster, Pennsylvania. She is editor in chief of the Oxford Encyclopedia of the Bible and Gender Studies (2014), and her other publications include Challenging Prophetic Metaphor (Westminster John Knox, 2008); Nahum through Malachi (Abingdon Old Testament Commentary series, 2004); Nahum (Sheffield Academic Press, 2002; 2nd ed. 2009); and Priest and Levite in Malachi (Society of Biblical Literature Dissertation Series, 1990). With Chris Franke, she co-edited Aesthetics of Violence in the Prophets (T. & T. Clark, 2010). She holds PhD and MDiv degrees from Duke University and a BA from Wake Forest University.

"O'Brien interprets the book of Micah against both the backdrop of a historical context and through a modern literary lens. O'Brien's combination of these approaches results in an admirable balance between historically contextualizing Micah's theological claims and considering the contemporary implications these pronouncements have for modern readers."
Biblical Interpretation


"Designed to provide serious feminist engagement with the whole text, the series should have broad appeal. This is an engaging and at times challenging commentary that deserves to be widely read and appreciated."
G.G. Nicol, Journal for the Study of the Old Testament


"A commentary that pays careful attention to the construction of power, based on gender, economic status, or social class, offers interpretive insights that other commentaries easily miss. Julia O'Brien situates the book of Micah in the Persian period, in between the book's narrative setting in the lifetime of Micah the prophet and later reading communities, including our own. In this location she finds the generative tension between ancient context and contemporary reading, between the prophetic cry for justice and the author's scribal privilege. The result is a challenge to Micah's present readers to find their own place within the power dynamics of their worlds and identify paths toward a greater sense of equity for everyone. O'Brien's Micah will encourage its readers not just to hear the prophet but to participate in the prophetic task."
Mark McEntire, Professor of Biblical Studies, Belmont University


"O'Brien is an adept commentator, tracing intertextual connection and pointing out literary features of the text (including many Hebrew feminine forms). This commentary fulfills well the aims of the series."
Anthony R. Petterson, The Catholic Biblical Quarterly


"The offer of the Wisdom Commentary, with its accent on feminist reading, is welcome and much needed. Julia O'Brien has invested her entire academic career in a probe of that question, so that she is peculiarly equipped to author such a commentary. Her reading of Micah-that is, reader-centered-is enormously rich and perceptive. She shows how the question of gender justice and injustice permits us to see clearly so much in the prophetic text that we have otherwise missed. Her work is a remarkable advance in our reading of the prophet."
Walter Brueggemann, Columbia Theological Seminary


"O'Brien accomplishes an exegetical feat. Her Micah commentary offers fresh, lucid, and sensitive exposition that documents why feminist interpretation matters. Micah, according to O'Brien, challenges androcentric habits, nurtures intersectional perspectives, and dreams of a world beyond the countless structures of domination. In O'Brien's hands the book of Micah turns into a theo-cultural resource for seekers of just relationships and a world of peace."
Dr. Susanne Scholz, PhD, Professor of Old Testament, Perkins School of Theology, Southern Methodist University