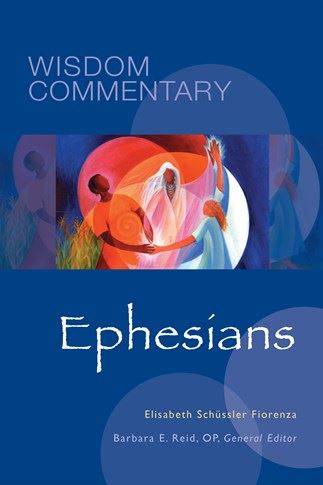 Ephesians is a "mystery" text that seeks to make known the multifarious Wisdom of G*d. At its heart is the question of power. In this commentary, Elisabeth Schüssler Fiorenza examines the political understandings of ekklesia and household in Ephesians as well as the roles that such understandings have played in the formation of early Christian communities and that still shape such communities today. By paying close attention to the function of androcentric biblical language within Ephesians, Schüssler Fiorenza engages in a critical feminist emancipatory approach to biblical interpretation that calls for conscientization and change, that is, for the sake of wo/men's salvation or wellbeing.

Elisabeth Schüssler Fiorenza, Krister Stendahl Professor at Harvard University Divinity School, is an internationally known biblical scholar and path-breaking feminist intellectual. She has done pioneering work in biblical interpretation and feminist theology. Dr. Schüssler Fiorenza's teaching and research focus on questions of biblical and theological hermeneutics, ethics, rhetoric, and the politics of interpretation, and on issues of the logical education, diversity, and democracy. She is the co-founding senior editor of the Journal of Feminist Studies in Religion, was the first woman president of the Society of Biblical Literature, and was elected a member to the American Academy of Arts and Sciences in 2001. Her landmark work, In Memory of Her, has become a classic in biblical studies. Her latest books are Transforming Vision: Explorations in Feminist The*logy (2011); Changing Horizons: Explorations in Feminist Interpretation (2013); Empowering Memory and Movement: Thinking and Working across Borders (2014); Feminist Biblical Studies in the Twentieth Century (ed.; 2014); 1 Peter: Reading Against the Grain (2015); and Congress of Wo/men: Religion, Culture and Kyriarchal Power (2016).

"Elisabeth Schüssler Fiorenza provides a profound understanding of Ephesians centered on an analysis of power. Readers of this commentary will preach new messages when Ephesians appears in the lectionary!"
WATER

"This book presents an excellent study of Ephesians with a strong feminist perspective. It is part of the Wisdom Commentary series which should be included in every theology school and parish libraries."
Catholic Press Association award, first place

"This yields a fascinating reading of the letter, one quite different from what one finds in the standard handbooks and introductions."
Journal for the Study of the New Testament

"Well written and accessible. I highly recommend it for seminary and divinity school students and scholars of religion."
Interpretation