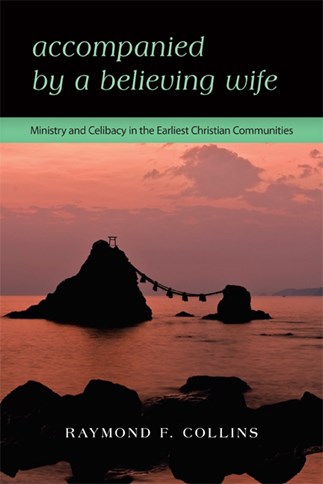 What light does the New Testament shed on the practice of celibacy for the sake of the kingdom? In his newest work, renowned Scripture scholar Raymond F. Collins turns his attention to the question, which, of course, has important implications for the church in our own day. Though the answer is not a simple one, and it does not necessarily translate automatically into clear contemporary ecclesial policy, it still serves as an important foundation for discussion.

Collins gives careful consideration of the methodology to be used in approaching the question and to important aspects of the sociocultural context of first-century Palestine, within which the New Testament took form. He then explores what Jesus said to the disciples, several disciples' own statuses as married men, and Paul's teaching and personal example on marriage.

Raymond Collins has served the church through his thoughtful and scholarly exegetical work for decades. This latest work of his will long be counted among his best.

Raymond F. Collins, STD, is the Warren-Blanding Professor of Religion Emeritus and former dean of the School of Religious Studies at The Catholic University of America. He is the author of many books, including The Power of Images in Paul, First Corinthians (in the Sacra Pagina Series), and Divorce in the New Testament, all from Liturgical Press.

"Collins offers us a first‐class discussion of celibacy in the earliest Christian communities. Not all will agree with Collins's conclusions, but it is safe to say that no future scholarly work can easily ignore his contribution."
Owen F. Cummings, Worship


"Accompanied by a Believing Wife is the definitive work on celibacy and the New Testament, with important implications for the church of our own day. Raymond F. Collins brings decades of experience and learning as a New Testament scholar to this project, and it is evident on every page. The command of Jewish, Greco-Roman, New Testament, and patristic sources is masterful. His historical, literary, and linguistic analysis is thoroughly informed by the latest research on the biblical and ancient worlds. Nothing is pushed to one side without thorough consideration. With a focus on the most important New Testament texts with a legacy of interpretation on issues of celibacy and ministry, Collins continuously brings the reader back to the original historical context. His conclusions are often bold and challenging but always supported by careful investigation. He often questions assumptions which have shaped the history of interpretation on these issues but which lack adequate foundation. With a reputation for exemplary clarity, his writing is highly accessible to scholar, student, clergy, and layperson. Essential reading for all."
Margaret Y. MacDonald Professor St. Francis Xavier University Nova Scotia, Canada


Anyone interested in New Testament teachings on sex, marriage, reproduction, widowhood, singleness, and celibacy will benefit from the valuable data and sound analysis Collins has provided in this volume.
Annette Bourland Huizenga, University of Dubuque Theological Seminary, Interpretation: A Journal of Bible and Theology


"Raymond F. Collins' study of the practice of celibacy in Latin Catholicism is a calm and critical assessment of the data that has generated this tradition. He asks that it be interpreted by respecting the historical, literary, and rhetorical setting of each piece, beginning with the Jewish and Greco-Roman world in which it originated. Collins' skills as a New Testament scholar are well known; his skills as an interpreter of the patristic and early canonical tradition of the Latin Church become evident as this study opens and then unfolds. Text without context is pretext, but there is no pretending in this careful analysis of the life and practice of Jesus, the first disciples, and Paul. The Apostle's teachings on marriage and sexuality and the teaching of later non-Pauline texts are subjected to careful analysis. Interpretation of New Testament texts and patristic and early canonical use of them are skillfully and helpfully intertwined. This clearly written and well-documented study is deceptive in its clarity. It deserves to become an essential point of reference for all future discussions of this question."
Francis J. Moloney, SDB, AM, FAHA. Senior Professorial Fellow Australian Catholic University Melbourne, Australia


This clearly written volume develops, step by step, a logically ordered, detailed argument against seeing passages from the Gospels, Paul, and the Pastoral Letters as biblical roots for the practice of celibacy in the Christian ministry. . . . [T]he excellent eleven-page conclusion usefully summarizes the whole book, which represents a rich resource for seminary and graduate classrooms, and for the research library.
Joseph G. Mueller, SJ, Marquette University, Horizons: The Journal of the College Theology Society