Kingship in the Old Testament 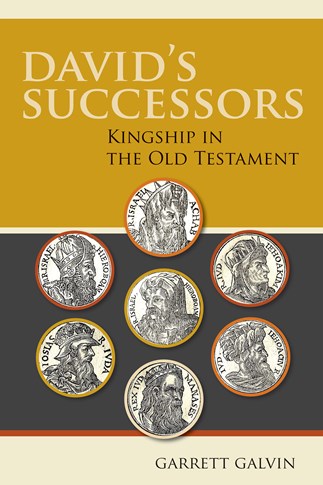 David's Successors: Kingship in the Old Testament argues for a new reading of kingship in the Old Testament. Rather than presenting the kings as monsters-with the occasional angelic ruler-this study seeks a more nuanced version of kingship. This book considers the original concept and context of kingship before concentrating on five kings in particular: Jeroboam, Ahab, Hezekiah, Manasseh, and Josiah. Much contemporary scholarship is concerned with the reconceptualization and recontextualization of kingship that hearkens from a negative perspective on kingship, but this book will fully consider the positive and original vision of kingship. This book is ultimately rooted in a hopeful and joyful view of humanity as found in the Psalms, Sirach, and the Chronicles.

Garrett Galvin, OFM, graduated from the University of California, Irvine and joined the Franciscan Friars in 1992. He began teaching full time at the Franciscan School of Theology in 2009, which moved to Oceanside and affiliated with the University of San Diego in 2013. He published his first book, Egypt as a Place of Refuge (Mohr Siebeck), in 2011. He regularly helps at a prison and gives retreats and days of recollection.

"This book has two considerable virtues. On the one hand, it counterbalances the negative view of kingship that is often prevalent in biblical scholarship with a more balanced picture. On the other hand, it rightly insists that Kings, no less than Chronicles, is a stylized theological account. There is no direct access to the underlying history."
John J. Collins, Holmes Professor of Old Testament, Yale Divinity School

"Galvin's instructive volume, echoing the voice of Michel Foucault, challenges biblical scholars to be conscious of their historical context when they interpret the Deuteronomistic History in 1 and 2 Kings."
The Catholic Biblical Quarterly

"Galvin's study of the kings, David's Successors, backs away from many of the typical notions of kingship in the Bible found in standard histories of Israel and Judah or introductions to the Old Testament. This `narrative' relies heavily on the books of Samuel through Kings, the deuteronomistic history, with its highly negative view of the kings, read through the critical lens of corrupt and brutal regimes of the twentieth century (including Stalin, Hitler, and Mao). Galvin proposes a `more nuanced vision of kingship' based on newer approaches to the question: social science analyses, interdisciplinary studies, and intertextual biblical interpretation. His introduction of these different methodologies demonstrates the impact of recent decades of Old Testament scholarship offering new vistas for our imagination."
John Endres, SJ, Professor of Sacred Scripture, Old Testament, Jesuit School of Theology of Santa Clara Univ ersity

"Garrett Galvin invites us to view the kings of Israel and Judah within the perspectives of biblical and ancient Near Eastern understandings of monarchy. He uses the lenses of the Historical Books of the Bible as well as Psalms, Ruth, Song of Songs, Ecclesiastes, Lamentations, and Esther along with findings from storytelling, archaeology, political science, and cultural studies of ancient Near Eastern kingship to present a nuanced, multifaceted picture of the biblical kings. They were created in the image of God, with human strengths and weaknesses. Galvin's holistic approach is a refreshing contribution to biblical study in today's environment of suspicion and polarization with regard to power and authority, leaders and leadership."
Joan E. Cook, SC, President, Sisters of Charity of Cincinnati

"Garrett Galvin provides a case study of five successors of the legendary King David—Jeroboam, Ahab, Hezekiah, Manasseh, and Josiah. Each of these controversial kings is remembered chiefly by what the deuteronomistic history says about them. But Galvin helpfully reminds us that twentieth-century thinking often misunderstands ancient kingship and neglects sources more sympathetic to kingship, such as Chronicles and the Psalms. A stimulating and accessible reexamination of a central biblical topic."
Richard Clifford, SJ, Professor Emeritus of Old Testament, Boston College School of Theology and Ministry

"This is an accessible and interesting study that students of biblical historiography will find informative and thought‐provoking."
John R. Barker, OFM, The Bible Today

"A useful addition to recent discussion on the subject."
George Nicol, Journal for the Study of the Old Testament