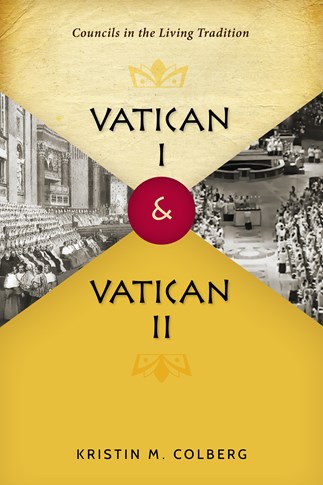 Vatican I and Vatican II

Vatican I and Vatican II represent two of the three ecumenical councils in modern times, yet relatively few studies have sought to understand their relation to one another. In fact, the councils are often positioned as mutually exclusive so that one must choose either Vatican I's or Vatican II's presentations of church and ecclesial authority. Failing to understand the relationship between these councils inhibits the church's self-understanding and risks misinterpreting key aspects of its own tradition; further, it limits the church's ability to teach effectively on topics of concern to modern women and men, such as authority, freedom, and ecclesiology. Vatican I and Vatican II: Councils in the Living Tradition uses the questions of what, why, and how the councils taught to frame and demonstrate significant points of continuity, complementarity, and difference between them. It argues that only by seeing both Vatican I and Vatican II as communicating vital dimensions of the Christian faith can the church's living tradition be fully appreciated and speak meaningfully to modern Christian women and men.

Kristin Colberg is assistant professor of theology at Saint John's University and the College of Saint Benedict. She received her doctorate at the University of Notre Dame in systematic theology. She is the author of several articles on the Second Vatican Council that have appeared in journals such as The Heythrop Journal, Horizons, and Missiology, and she is the co-editor of Speaking Truth in Love, a festschrift in honor of Cardinal Walter Kasper. Professor Colberg also serves as a member of the official US Reformed-Catholic dialogue.

"Both well informed and accessible, this is a much‐needed treatment of a vital topic in Catholic theology."
J. P. Blosser, Benedictine College, Choice Connect


"Colberg masterfully deconstructs the widely held assumption that the Second Vatican Council turned its back on the First Vatican Council. By asking `what,' `how,' and `why' they taught about issues of authority, infallibility, and collegiality, Colberg reveals the common concerns and shared commitments of these two very different ecclesial events. The result is a compelling chapter in the story of a living tradition-a century-long struggle to discover what it means to be church in the modern world. This is an invaluable contribution to the ongoing reception of both Vatican councils."
Edward P. Hahnenberg, PhD, Author of A Concise Guide to the Documents of Vatican II


"The volume is very clearly written and accessible. It will be of particular value to advanced undergraduate and graduate students seeking a more nuanced grasp of the relationship between these two councils."
Richard Gaillardetz, Worship


"The book is meticulously researched; there are persuasive arguments; and it is certainly a resource for scholars of the councils. I would hesitate to suggest using it with adult study groups, but graduate students could get a lot out of it."
Marie Conn, Catholic Books Review


Professor Kristin M. Colberg’s Vatican I and Vatican II marks a major advance in this particular type of scholarship on Vatican I.”
Newman Studies Journal


"Vatican I and Vatican II is a superb achievement as it not only contributes to Catholic historiography by strengthening understandings of the relationship between the two councils, but also in that it helps to debunk some of the myths that lie at the heart of the culture wars within the church. In producing this work, Colberg is helping to inform—and indeed start—a much needed conversation regarding this particular aspect of Catholic history based upon a deep and perceptive reading of the documents."
Maria Power, Reading Religion