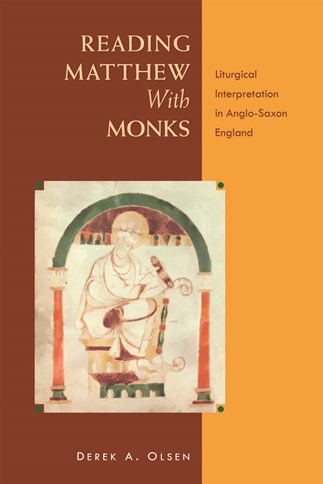 In Reading Matthew with Monks, Derek Olsen seeks to evaluate whether early medieval monastic biblical interpreters can serve as effective conversation partners for modern readers who are committed to broadening their reading of Scripture. Olsen puts the interpretations of four modern Scripture commentaries in conversation with Ælfric of Eynsham's interpretations of four texts from the Gospel of Matthew. In so doing, he clarifies early medieval monastic interpretive contexts and assesses their usefulness in modern scholarship. As outsiders in modern critical debates, Ælfric and his sources may provide alternative approaches or perspectives that open interpretive possibilities where modern interpreters are locked in disagreement. Early medieval monastic interpreters can serve as excellent guides for understanding the potential for moral, spiritual, or formative meanings of a biblical text. By adding their voices to modern hermeneutics, modern readers can find new depth in biblical texts.

Derek Olsen earned a PhD in New Testament from Emory University in 2011. His research focuses on the intersection between Scripture and liturgy, and he currently serves on the Episcopal Church's Standing Commission on Liturgy and Music.

Derek Olsen's study of biblical interpretation at the hands of the medieval monk Ælfric of Eynsham strikes just the right balance. He suggests that today's serious work with biblical texts is competent to answer certain questions and then shows how alternative approaches enrich how we engage those texts spiritually and theologically. He drills down into the interpretive sensibilities and practices of a single monk yet contextualizes that work so that we are challenged by them. Whether read as an expanded chapter in the history of biblical interpretation or as an exemplar on how theological interpreters might learn from premodern readings of Scripture, this is a welcome contribution.
Joel B. Green, Dean of the School of Theology, Professor of New Testament Interpretation, Associate Dean for the Center for Advanced Theological Studies, Fuller Theological Seminary

"An invaluable contribution in providing original translations of AElfric's works from Old English and in the insightful ways he explains how Scripture functioned in that community. The comparative dialogue between AElfric and modern interpreters invites readers into the rich style of reading that has often been lost in historical-critical approaches."
Religious Studies Review

With an impressive mastery of the primary sources, Dr. Olsen offers a detailed yet accessible account of the liturgical contexts that shaped the exegesis of one late tenth-century English monk, Ælfric of Eynsham. By close analysis of four Old English homilies on the gospel of Matthew, Olsen contributes to a growing body of scholarship that takes Ælfric seriously as an original theologian, not just a compiler of patristic authorities. Approaching Ælfric's writings from the vantage point of a New Testament scholar, moreover, Dr. Olsen is well placed to observe some broader tendencies in Ælfric's hermeneutics that previous scholars have missed.
Christopher A. Jones, Ohio State University

"Olsen offers a very interesting discussion that brings the liturgically informed homiletical interpretations of Ælfric to the fore. This foregrounding is most helpful, since Ælfric's work will not be well known to many. A very suggestive and well-executed volume."
Warren Craig, The Catholic Biblical Quarterly

Reading Matthew with Monks invites contemporary students of the Bible to read Matthew in conversation with Benedictine monks of medieval England. The surprising result of this generative conversation is that, at the same time that contemporary readers learn much about the liturgically framed reading practices of the monks, we may actually learn more from them about how to expand and deepen our own reading practices.
Gail R. O'Day, Dean and Professor of New Testament and Preaching, Wake Forest University School of Divinity, Winston-Salem, NC

Derek A. Olsen has broken new ground in the field of biblical studies. For years Christians serious about the foundations of their faith have pleaded for the kind of work Olsen has produced, but theologians and biblical scholars have typically responded either by merely nodding silently or, at most, by quoting a handful of patristic and medieval writers in their explorations and commentaries. Olsen's thesis, carefully researched and elegantly and clearly written, is nothing less than the one and only substantial sequel to Jean Leclercq's The Love of Learning and the Desire for God. Monastic men and women reading the first two chapters will have an experience of self-discovery: "So this is what monastic culture is all about."
Mark A. Scott, OCSO, SSL, Abbot, New Melleray Abbey

In our increasingly globalized world, the truly cultural Other must be looked for more frequently in the past. With an almost anthropological approach to the medieval monastic mind, Derek Olsen opens an intercultural dialogue on the Gospel of Matthew between modern academics and the Anglo-Saxon world. In this dialogue, Ælfric is considered an equal partner to modern exegetes. Derek Olsen has shown all the advantages of opening up a conversation with a past that seems so distant and often appears so close. Reading Matthew with Monks indeed offers fascinating reading. It introduces us modern readers into this distinct culture of medieval liturgy and teaches us to catch the voice and the thoughts of those monks who not only read but truly strove to live the Gospel.
Wim Verbaal, Latin Language and Literature, University of Ghent, Belgium

In Reading Matthew with Monks, Derek Olsen invites us into a conversation with the communion of saints, both living and dead. This communal reading across time and space is grounded in careful scholarship—medieval and modern—while bringing alive the faith experiences of those who, then and now, read and perform the Scriptures. In particular, Olsen demonstrates the central but much neglected role that liturgy played in early medieval monastic interpretive communities. In restoring that performative context for reading Scripture, he corrects the misguided modern notion that early medieval Europe lacked a commentary tradition but was merely derivative. Indeed, Olsen succeeds in taking one prolific Anglo-Saxon homiletic writer, Ælfric of Eynsham, and makes him the equal of modern biblical scholars brought into the dialogue on select passages of the Gospel of Matthew, including the paradigmatic Beatitudes from Jesus' Sermon on the Mount. The e xciting challenge of this book is the invitation to continue the conversation.
Karen Louise Jolly, Professor of History, University of Hawai'i at Manoa, Author of The Community of St. Cuthbert in the Late Tenth Century

"Olsen does a masterful job of making the book flow and prove useful in several research areas (e.g., historical, biblical, and ecclesial studies). Too few books on the writings of Aelfric have been produced and this seems to be the first to really dig into the intersection of St. Matthew's gospel and medieval monastic life."
Darren G. Poley, Catholic Library World

"Some dissertations are too good to be left in the archives . [Olsen's] argument is clear enough for readers, non-monastic or monastic, who take their time."
Mary Collins, OSB, American Benedictine Review

"This work is not rocking-chair reading. It is dense with examples and interpretations and must be read slowly. But the effort is worth it."
Worship Journal