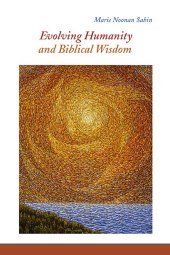 "Marie Noonan Sabin has written a book that fills a gap in Teilhard Studies, that is, the place of Scripture in his evolutionary paradigm. By bringing together Teilhard's emergence of the ultrahuman and wisdom literature she draws out, in a beautiful and deep way, the consonance between Teilhard's Christic vision and the scriptural vision of human becoming. Contrary to some of his critics, Sabin affirms that Teilhard's insights were deeply biblical and Christian. I highly recommend this book for those interested in a biblical exegesis of Teilhard's incarnational vision."
Ilia Delio, OSF, Josephine C. Connelly Endowed Chair in Theology, Villanova University


"Readers interested in Teilhard, biblical wisdom literature, or the intersection of science and faith will find this a stimulating volume."
The Bible Today


"Well-written and accessible to both scholar and layperson. Draws artfully from a variety of sources, and presents the material in a well laid out, digestible way. This scholarly research show Teillard's emphasis of evolving empathy, forgiveness, and loving service for all of humanity. Dr. Sabin concludes this monumental work by recapturing the call of the Gospel by transformation of humanity."
Catholic Press Association


"Marie Sabin insightfully employs aspects of Teilhard's concept of developing human consciousness to interpret biblical texts. She does not claim that `Teilhardian' themes lie nascent with the texts themselves, but that Teilhard's interpretive lenses open up a `surplus of meaning.' For example, the notion of an evolving creation throws light on the mystery of human suffering in Job; the idea of unifying consciousness enhances the New Testament understanding of human divinization. This way of reading opens the Bible in intriguing ways."
Dianne Bergant, CSA, Professor Emerita of Old Testament Studies, Catholic Theological Union