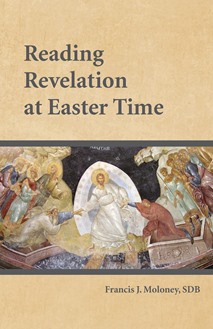 Revelation is one of the most difficult and misinterpreted texts in the Christian Scriptures, yet it is widely used in the liturgical life of the Roman Catholic Church.

In Reading Revelation at Easter Time, Francis Moloney explores it as a celebration of the perennial and ongoing effects of Jesus' death and resurrection. After an introduction to Revelation, the book provides an interpretation for each biblical reading in the Liturgy of the Hours across the Easter period. A presentation of every passage from Revelation used elsewhere in the Roman liturgy is also provided by means of a different typeface across the commentary. Readers are invited to rejoice in the ongoing victory of "the Lamb who was slain before the foundation of the world" (Rev 13:8).

Francis J. Moloney, SDB, studied at the Salesian Pontifical University, at the Pontifical Biblical Institute, both in Rome, and at the University of Oxford (DPhil, 1976). Foundation professor of theology at Australian Catholic University (1994-1999), dean and professor of New Testament at the Catholic University of America (1999-2005), Moloney is a member of the Order of Australia (AM) and a fellow of the Australian Academy of the Humanities (FAHA). He is currently a senior professorial fellow at the Catholic Theological College in Melbourne, Australia, part of the ecumenical University of Divinity. Moloney is also the author of more than forty books, including The Gospel of John in the Sacra Pagina series.

"Aiming his interpretation at a broad array of readers, Moloney's book is inspired by the idea that Revelation is an `Easter Book.' For Moloney, Revelation insists that Christians already enjoy full access to life through Jesus's death and resurrection, a helpful correction to those who may over-read the book's eschatology. Those less attuned to the minutiae of scholarship will find a readable introduction to the content of the book of Revelation. Moloney coordinates his interpretation of specific sections of Revelation with their place in the lectionary and liturgy of the hours, which provides a helpful guide for those who want to understand more fully how to interpret Revelation in a liturgical context."
Micah Kiel, St. Ambrose University


"The distinguished Johannine scholar Fr. Francis Moloney, taking a cue from liturgy, has produced a guide to Revelation for the Office of Readings in weeks two through five after Easter. His interpretation is a striking departure from interpretations of Revelation as a coded sequence of disasters leading to the apocalypse, an earthly millennium, and heavenly paradise for the faithful who survived the tribulations. Instead Fr. Moloney insists that salvation was mediated through the death of the Lamb from the beginning of creation. The story being told in symbolic visions is that of faithful Israel preserved in the Jewish Scripture, an account of those who obeyed Torah and gave witness to God's messiah. Certainly a picture of salvation fully realized in the Easter proclamation is better suited to Revelation's liturgical use than apocalyptic horrors. Still Moloney's imaginative reconfiguration of almost everything Christians have thought about Revelation requires time and patience."
Pheme Perkins, Joseph Professor of Catholic Spirituality, Boston College