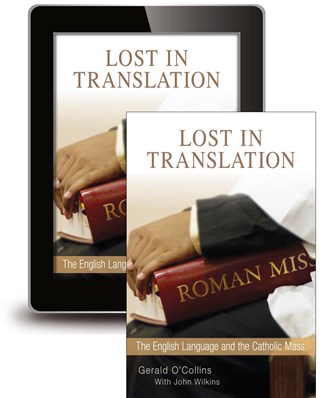 "Authoritative, well detailed, and searingly honest, this account of the recent history of Vatican translation policy and its devastating effect on the current English version of the Roman Missal needs to be read by any liturgy scholar, teacher, or presider who uses these texts or, indeed, tries to explain them. O'Collins and Wilkins bring a wealth of experience and insight into the story of the process, the high quality of the 1998 material, and the most evident problems and contradictions in the texts that English-speaking Catholics hear and repeat every Sunday.
"The timing of this publication, as it happens, could not have been better. The role of the bishops in taking primary responsibility for the liturgical texts authorized for use in their own countries and linguistic communities is now consistent with that envisioned at Vatican II. New reasons for hope for a truly vernacular and participative liturgy."
Susan Roll, Saint Paul University, Ottawa, Canada