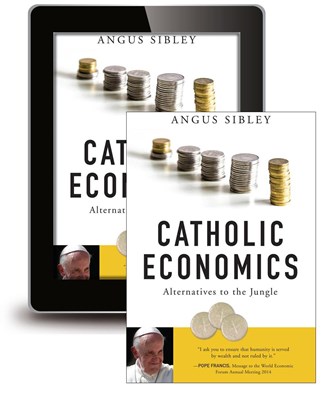 Alternatives to the Jungle
Angus Sibley


Angus Sibley, fluent in the language of Catholic social teaching, as well as that of finance and international economics, bares the dangerous allure of libertarian thought. He provides us a detailed yet accessible guide, rich in history, through the jungle to a new way of thinking about economics.
Tom Roberts, Editor at large, National Catholic Reporter


"This book should find its way into introductory courses as Catholic business schools throughout the U.S. and abroad. Sibley's familiarity with both the theory and praxis of the modern economy makes his critique especially telling, and his commitment to Catholic Social Teaching affords him a sound basis for that critique. The book is a tour de force against laissez-faire and should become a point of reference for anyone who thinks our new Gilded Age is a thing in need of repair and reform."
Michael Sean Winters, National Catholic Reporter