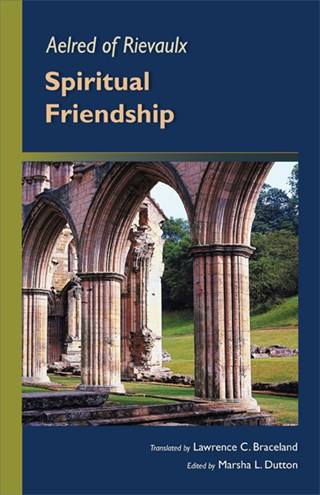 Spiritual Friendship is today the best known and perhaps most influential of the thirteen surviving works of Aelred, abbot of the great English Cistercian abbey of Rievaulx from 1147 '1167. During his abbacy he built Rievaulx into a place of spiritual welcome and physical prosperity, desiring to make it "a mother of mercy" to those in need. In a three-book Ciceronian dialogue Aelred defines human friendship as sacramental, beginning in creation, as God sought to place his own love of society in all his creatures, linking friends to Christ in this life and culminating in friendship with God in beatitude. This fresh new translation makes the work crisply readable, allowing the intellectual and Christian insight of this great Cistercian teacher and writer to speak clearly to today's seekers of love, wisdom, and truth.

Lawrence C. Braceland, was professor of classics and dean at Ignatius College, Guelph (Canada), until in 1963 becoming professor of classics and dean of arts and sciences at St. Paul's College, the University of Manitoba. After his retirement in 1-978, he devoted himself to Cistercian scholarship, publishing numerous articles and translating in four volumes all the works of the English Cistercian abbot Gilbert of Hoyland.

Marsha L. Dutton, professor of medieval literature and director of graduate studies in English at Ohio University, is a longtime student of the works of Aelred of Rievaulx and of other twelfth-century Cistercian writers. She is associate editor of Cistercian Studies Quarterly. In addition to her many articles on Cistercian thought, Dutton has written the introduction to Vita Aelredi (CF 57) and edited Aelred's The Historical Works and Lives of the Northern Saints (CF 56, 71) as well as preparing a critical edition of Aelred's Pastoral Prayer (CF 73). She was one of the editors of Truth as Gift: Studies in Cistercian History Honoring John R. Sommerfeldt (CS 204).