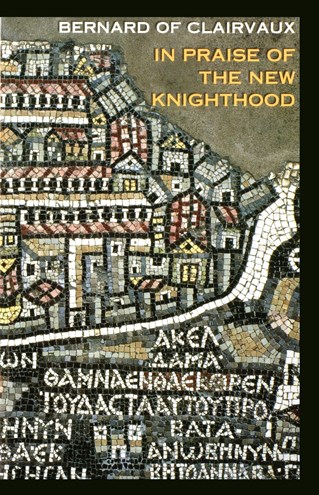 In Praise of the New Knighthood

The monk and the knight’the two quintessentially medieval European heroes’were combined in the Knights Templar, men who took the monastic vows and defended the holy places and pilgrims. With characteristic eloquence, Bernard of Clairvaux voices the cleric's view of the knights, warfare, and the conquest of the Holy Land in five chapters on the knight's vocation. Then, in another eight chapters the abbot who never visited the Holy Land provides a spiritual tour of the pilgrimage sites guarded by this 'new kind of knighthood.'