Sermons on the Song of Songs, Volume 3 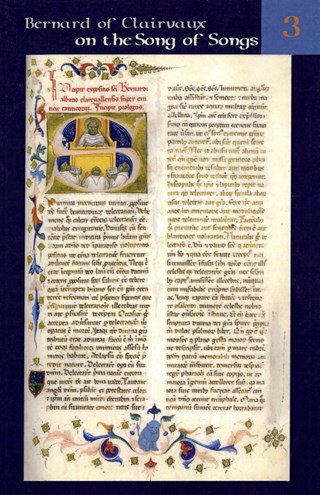 These eighty-six sermons are among the most famous and most beautiful examples of medieval scriptural exegesis. In them the modern reader can catch a glimpse of the genius an entire generation found irresistible.

This volume contains sermons 47 through 66.

Bernard of Clairvaux towered over the society of twelfth-century Europe. A brilliant preacher and a polished writer; he counselled kings and rebuked popes. He moved in the complicated affairs of men with a dexterity which brought him acclaim and adversaries, yet he exhorted Christians to turn from worldly affairs to serve God.

He remains a man of paradoxes. He crisscrossed Europe while insisting that monks have no place outside their monasteries. He inveighed against two of the most renowned scholars of his day, yet he helped support the education of numerous students. He persuaded two kings to take up a crusade against the Moslems, yet he preached that persuasion and not force should be used against unbelievers.

A profound mystic, Bernard sought, above all and in all, to be with God and to bring all persons to the experience of God. His Sermons on the Song of Songs are among the most famous and most beautiful examples of medieval scriptural exegesis. In them the modern reader can catch a glimpse of the genius which an entire generation found irresistible.

No serious library of spirituality should be lacking the four-part classic gem. Bernard of Clairvaux was a brilliant preacher and polished writer, but above all a profound mystic who sought to bring all his hearers to the experience of God. The Sermons on the Song of Songs are among the most famous and beautiful examples of medieval scriptural exegesis.
Review for Religious