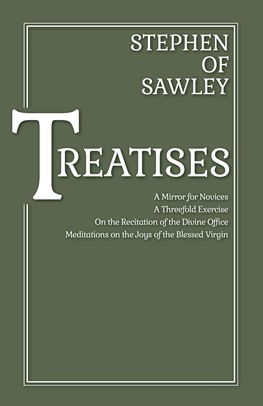 Translated here for the first time are four works written by Stephen for his monks: A Mirror for Novices, A Threefold Exercise, On the Recitation of the Divine Office, and Meditations on the Joys of the Blessed Virgin. Each expresses the devotion of his day and provides an insight into the inner life of an early thirteenth century Cistercian monastery.

A monk at Fountains Abbey and later abbot of Sawley, Stephen in his Meditations on the Gospel, on the Virgin, and on the Divine Office, delicately expresses the monastic devotion of the early thirteenth century.