Serlo of Savigny and Serlo of Wilton, Edited and translated by Lawrence C. Braceland 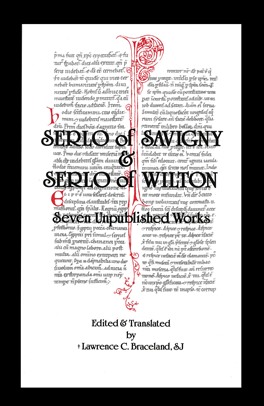 Two little-known Cistercian abbots of the twelfth century are introduced to English readers: Serlo of Savigny (d. 1158), the abbot general of the Savigniac congregation who was determined to affiliate his Order with the White Monks of Citeaux; and Serlo of Wilton (d.1181) who entered the Norman abbey of Aumône after lecturing at both Paris and Oxford.

. . . the avid reader...will find in the sermons themselves abundant material for study and lectio divina.
Cistercian Studies Quarterly

. . . a delightful excursion into the allegorical medieval mind.
The Living Church