Meditating with the Early Cistercians 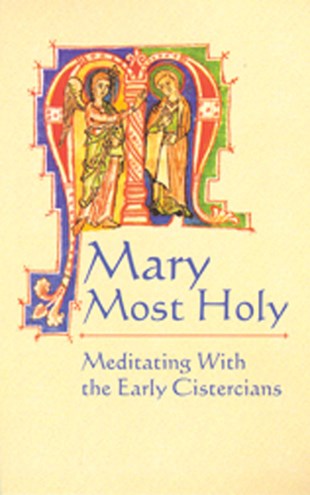 The White Monks' devotion to the Mother of God moved them to commit all their monasteries to her patronage. The most famous of them all, St. Bernard of Clairvaux, has been called the Marian Doctor. Reading his homilies, and the sermons and meditations of his twelfth-century brothers and thirteenth-century sisters, lets us hear them blending their voices into a long and loving tradition.

'Proclaim her as reverenced by angels, desired by nations, foretold by patriarchs and prophets, chosen from among all, preferred above all. Magnify her for having found grace, for being mediatrix of salvation and reparatrix of the ages. Exalt her, finally, as one exalted to the heavenly realm, above the choirs of angels. All this the Church sings to me about her, and teaches me to sing in turn.'
--Saint Bernard.