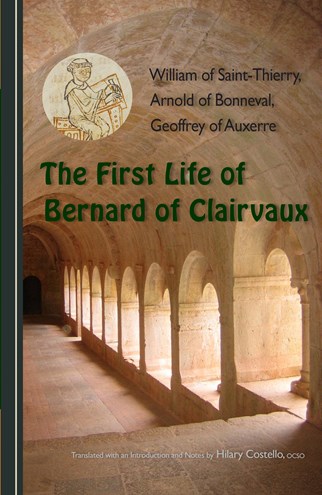 The First Life of Bernard of Clairvaux, traditionally known as the Vita Prima, originated to prepare the case for canonization of Bernard, first abbot of Clairvaux. The work was begun by William of Saint-Thierry, continued by Arnold of Bonneval, and completed by Geoffrey of Auxerre.

When the initial case put forth for Bernard was rejected by Innocent II, Geoffrey undertook a revision of the original vita (Recension A) and submitted another version (Recension B) to Pope Alexander III, who declared Bernard a saint in 1174. This work emphasizes the deep love in which Bernard was held during his life by his monks and the people of France and Italy as well as his role as a powerful public figure.

This book contains the first English translation of Recension B, drawn from what is apparently the only manuscript of the work found today in a Cistercian monastery, Mount Saint Bernard Abbey. The introduction begins with the story of how this manuscript came to Mount Saint Bernard, so fixing this translation of the Vita Prima within Cistercian life from the twelfth century to today.

Fr. Hilary Costello, OCSO, was born in London in 1926. During World War II he was conscripted into the coal mines, where he worked from 1943 to 1947. Although he had not considered a monastic vocation until he was nearly twenty, in 1947 he entered Mount Saint Bernard Abbey, in Leicestershire. For fourteen years he worked in the abbey's orchard, after which he was guest master for the abbey. After being ordained in 1955, he began to work on medieval manuscripts, especially the sermons of John of Forde, which he and Fr. Edmund Mikkers, ocso, edited for Corpus Christianorum, Continuatio Mediaevalis (vols. 17 and 18). He has also published articles on John, Gilbert of Hoyland, and other Cistercian authors. Fr. Hilary was also the bursar of Mount Saint Bernard for almost twenty years. He currently does bookbinding for the abbey.

"Reading this book is almost like reading the Dialogues of St. Gregory. There is no one Bernard cannot cure. If hagiography is your dish, read this very readable book."
American Benedictine Review, Brian Wangler, OSB, Assumption Abbey, Richardson, ND

"Anyone interested in the career of Bernard of Clairvaux will be well-served by this volume. A treasure awaiting the diligent reader. All praise to Fr. Hilary and to Cistercian Publications for making it available."
Tjurunga