The Lives Of The Desert Fathers 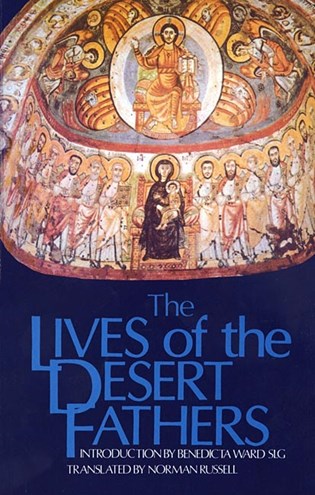 In the year 394 seven monks from Palestine made a difficult journey through the Egyptian desert, drawn there by stories of remarkable men. What they found in the communities living far up the Nile Valley fully accorded with their expectations, and in the account written by one of their number we have a rare contemporary source of information about the lives of these Desert Fathers.

The witness of the monks in the face of a corrupt and declining, though nominally Christian Empire, and the roots of monasticism in fourth century Egypt, are subjects of steadily growing interest in the Church in the twentieth century. In her long and illuminating introduction Sister Benedicta Ward SLG explores the background of these traveller's tales and their encounters with the great men of the Desert, and places the account in its literary context alongside the complementary text of the 'Sayings' of the Fathers and the later, more sophisticated literature. She indicates throughout the social impact of the Fathers and the lasting truths discovered by these simple men in their way of holiness. This translation of the Historia Monachorum by Norman Russell is the first available in English, and will be of absorbing interest for the general reader as well as for students.

. . . may make a good source for the historian; it may give some information and pleasure for the casual reader. But the spiritual man will never forget the people he meets in it.
Coptic Church Review

The work is a gem.
Choice