Handmaids of the Lord

Holy Women in Late Antiquity and the Early Middle Ages 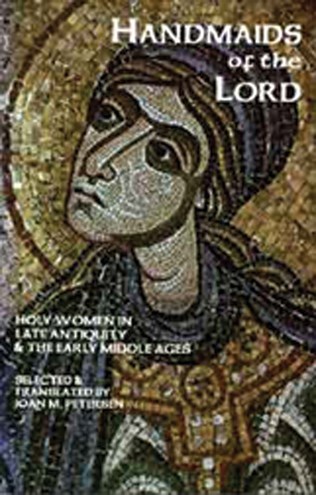 All around the Roman world—in the Greek East and the Latin West, in Asia Minor, North Africa, Egypt, the Holy Land, Italy, and Gaul—widows, virgins, and sometimes matrons lived ascetic, celibate and devout lives either in community or in their own households. They created a powerful tradition which exerts an influence down to the present time.

We see these women chiefly through the eyes of men who paid them the intended compliment of calling them 'virile', often simultaneously admonishing them to beware the attentions of lecherous men and foolish women. Descriptions of their lives were intended to serve both as a tribute to their 'manly' austerity and as a model to be emulated. In this volume, the only woman's voice is that of a Gallic nun.

Joan M. Petersen (1914-1994) was educated at Cheltenham Ladies College and St Anne's College, Oxford. For many years she was Church history editor for the S.P.C.K., London. After her retirement from that position, she enrolled in the University of London and was awarded the Ph.D. Her book-length study of The Dialogues of Saint Gregory the Great in their Late Antique Cultural Background was published by the Pontifical Institute of Medieval Studies, Toronto.