Grace Can Do More 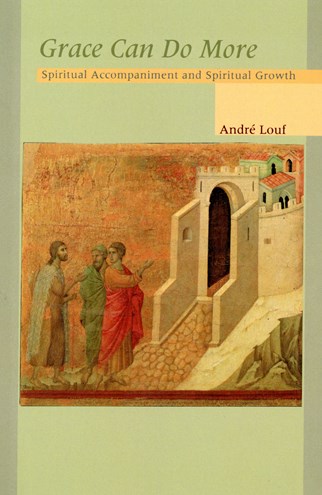 Spiritual accompaniment-patient listening and honest openness has become widespread among Christians of many traditions in recent years. Is this modern application of an ancient 'discernment of spirits' the best way for individual persons and groups of Christians to be formed as the People of God?

Can anyone today accompany another person's spiritual experience without a sound knowledge of psychology? Do spiritual accompaniment and psychological therapy overlap? Can one replace the other? Should an accompanist also be a therapist, as some have suggested?

Writing from his years of experience in a Cistercian monastery, in which spiritual accompaniment is a living tradition, the author reflects on some first steps towards answering these questions.

André Louf, OCSO, (1929-2010), served as abbot of the Cistercian Abbey of Mont-des-Cats for thirty-five years until his retirement in 1997. His books in English include The Cistercian Way, Tuning in to Grace, Mercy in Weakness, Grace Can Do More, and The Way of Humility, all published by Cistercian Publications.