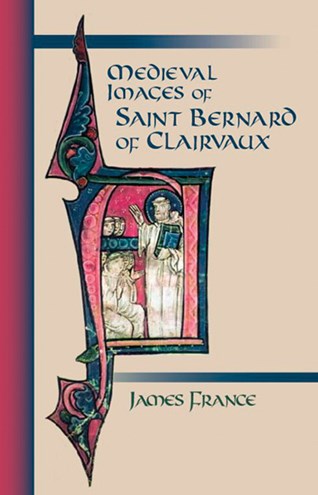 From his own day (he died in 1153) throughout the Middle Ages Bernard has been portrayed in paintings, manuscript illuminations, wooden and stone carvings, and stained glass windows. Both Bernard's reputation and the characteristic piety of the artists are revealed in the depictions. A CD image-index of medieval portrayals accompanies the book of this influential saint.

After a career in business, James France returned to a love of the Cistercian tradition enkindled at Oxford University. His previous research has been published in The Cistercians in Scandinavia, and Cistercians in Medieval Art. This latest international research was done as part of his doctoral research at the University of Roskilde.

This is simply a wonderful book . . . a solid, meaty volume . . . The book's wealth of historical contextualization reveals France's exhaustive research into all aspects of Cistercian and Bernardine life and legend. . . . This book contains a wealth of essential basic information not only on Bernard but on wide-ranging aspects of Cistercian history, such as the fact that because of Bernard's opposition to visual illustration, his own earliest images appear in non-Cistercian monasteries and manuscripts. France never condescends; he simply gives the information necessary for understanding the images . . . He also writes clearly, cleanly and gracefully; there is not an ounce of either pretentiousness or obscurity in this book. It will inform and intrigue everyone who reads it, and anyone with any interest in Cistercian life and history should read it.
Cistercian Studies Quarterly

The book is invaluable in tracing how images of the saint were used during the Middle Ages. It also throws important new light on the way that images of the saint developed in different countries, as well as how depictions of the same subject evolved to suit changing needs.
Vidimus

For scholars of saints and/or Cistercianism, this will be an invaluable resource. For those who intend to carry out similar projects, this combination of book and CD-ROM has blazed a new technological train by reproducing in a relatively convenient format almost every image in the history of the depiction of Saint Bernard, for the remarkably small sum of $49.95. . . . This catalogue stands almost alone among its contemporaries for the comprehensiveness not just of its illustrations, but also for the bibliography that accompanies each of the artworks on the CD-ROM. . . . Scholars and presses who aspire to revive the lost art of publishing scholarly catalogues should certainly take note.
The Medieval Review

To have gathered this much material in one place, some of it previously unknown, represents a considerable accomplishment . . . this study provides the foundation and a good deal of the superstructure for all future work on the topic.
Medium Aevum