Edited, with an Introduction, by Tim Vivian 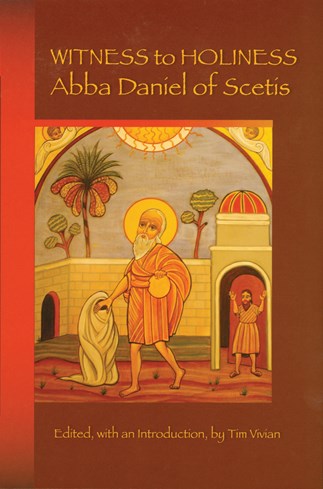 Abba Daniel, priest, monastic superior and model of holiness in the austere world of desert monasticism, lived in the sixth century. Some dozen stories about him, and a few sayings attributed to him, have survived in Greek, Syriac, Arabic, Coptic, and Ethiopic. This dispersion attests to his broad influence in many areas of the ancient Church. Here for the first time are translations of all the material associated with Abba Daniel, a witness to holiness.

Tim Vivian, the editor, is Assistant Professor of Religious Studies at California State University, Bakersfield. His previous books include Words to Live By: Journeys in Ancient and Modern Egyptian Monasticism (2005), The Lives of the Jura Fathers, and (in collaboration with Apostolos N. Athanassakis) a translation of The Life of Antony from both Coptic and Greek (2003).

The various translators have contributed their expertise in the ancient, and modern, languages in which these selections appear.

[T]he perfect companion for those cold days and dark nights of winter.
Crux

The scholarly achievements of this volume should not obscure the primary reason that the materials of the Daniel dossier were transmitted in the first place: they are endearing stories aimed at assisting those on the spiritual journey. Vivian and his team of translators have enabled the Daniel dossier to retain its original purpose even in the present day.
Cistercian Studies Quarterly

[A] fine piece of `spiritual theology,' which sheds welcome light on the manner in which the tales of an important figure in the later period of Egyptian monasticism were redacted, received, and used by most of the major strands of Eastern Christianity.
Richard B. Steele, Seattle Pacific University